The Ministry of Lands, Housing and Urban Development, has ordered the demarcation of both Mailo and Public land in Kigo, as a first step to resolve the land row between businessman Hamis Kiggundu and Buganda Kingdom.

This is the latest development in a ferocious battle between the city property mogul and Buganda Land Board (BLB), over the contested land in Kigo.
The directive will be effected through a joint boundary opening survey, that will draw a line between the Public and Mailo land.

The decision by the Lands Ministry follows a meeting that was held on June 2nd, 2022 at the Ministry headquarters, to find a long lasting solution to the Kigo land wrangle, once and for all.

In the meeting, it was resolved that a final symposium be convened on Tuesday June, 14th 2022, for the wrangling parties and the Ministry to proceed with a joint boundary opening survey to finally resolve the matter. 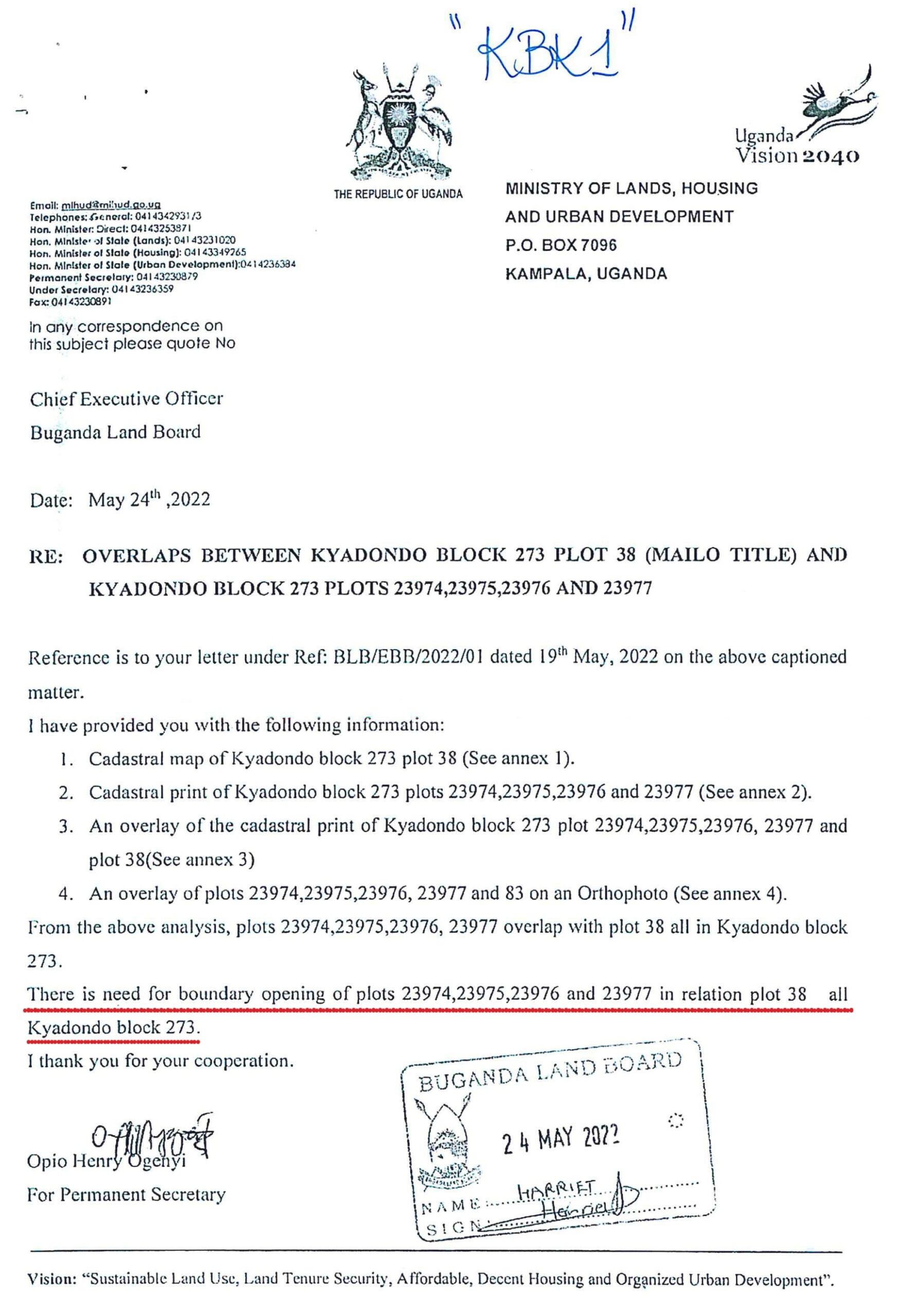 The ministry also directed opening of the boundaries.

Reacting to this development, Kiggundu famously known as Ham issued a public statement, in which he welcomed the decision taken by the Ministry, but denounced what he termed “land fraudsters” at BLB, who, inspite of this resolve by the Ministry went ahead with a smear campaign to taint his image.

“This is a technical issue that requires technical approach and procedure, not cheap politics and propaganda to unlawfully, fraudulently, disrespectfully and deceptively steal land from ordinary Ugandans and Kabaka’s subjects,” Kiggundu said in a statement.

“However to everyone’s surprise BLB land fraudsters are maliciously spreading falsehood, blackmail, and cheap propaganda that: “the ministry concluded that Kigo land belongs to BLB” undermining all the fundamental values of Buganda as a kingdom, Uganda’s legal structure as a country and the integrity of our Kabaka,” the Ham Enterprises proprietor added.

It should be noted that in his attempts to vindicate himself, Mr. Kiggundu pleaded with the Katikkiro of Buganda, Charles Peter Mayiga to cleanse BLB of what he termed “fraudsters” whose intention is to taint his image by depicting him as fighting the Kabaka.

“These people are using the power of their offices to grab land belonging to Buganda and Baganda. I humbly appeal to the Katikkiro to take an interest in this matter and institute reforms before these people turnish the image of the kingdom,” Kiggundu said, after a meeting with the Lands Ministry officials, a few weeks ago.

The land in question is situated on Block 273-Kyadondo, between Serena Hotel Kigo and Mirembe Villas, whose freehold title was allegedly obtained in 2019, by Mr. Kiggundu. It innitially comprised plots 38, 87, 99, and 110.

Through his lawyer Fred Muwema of Muwema and Company Advocates Limited, Kiggundu claims he is the rightful owner of the land, whose titles he legally secured from Wakiso Land Board.