by Kelvin Patrice
in News, Politics
0 0
0

“When I Lost an Election, I Knew it Was Over, Then Mama Milly Found Me!” Dokolo RDC Akech Babra Shares Her Story.

Like many of the officers newly appointed in the March 23rd RDC/ RCC reshuffle, Dokolo Resident District Commissioner Babra Akech vividly recalls the shock with which she received the news of her appointment.

Having lost in her attempt to join Parliament as Alebtong district Woman Representative, she says all seemed to have been lost. Then, like a miracle, Milly Babalanda, the Minister for the Presidency identified her and, Boom! She is the President’s Envoy for Dokolo District in Lango, northern Uganda.

When the news of her deployment broke, Akech reminisces the excitement in which she swam the following couple of days and weeks. Her biggest anxiety was about when she would finally be handed the office to resume in the majesty of the President’s district representative, a grandeur she had only dreamt of previously.

Growing up in Alebtong, Dokolo is a place she had only heard about in conversations without enlightened community members, and later in radio discussions. At the time of her deployment, she says, she knew little more than just its location, the language of the people, and a few names of its leaders. So, she couldn’t wait to report.

Reality hits her in the face

After weeks of top-notch anxiety, it was finally time for her to report on duty. Save for the “warmest welcome I received” from the people who seemed like they, too had waited for me forever, the situation on the ground was completely different from what I had harboured in mind.

” I arrived in the middle of an ugly fight between the political and technical wing. The Chief Administrative Officer (CAO) could not see eye to eye with the Chairperson LCV. “These infighting’s, I had been warned by my predecessor, had gravely affected work and service delivery. I thus, knew it was a delicate situation to deal with yet it was going to determine how comfortably I was to execute my mandate in my new position.” 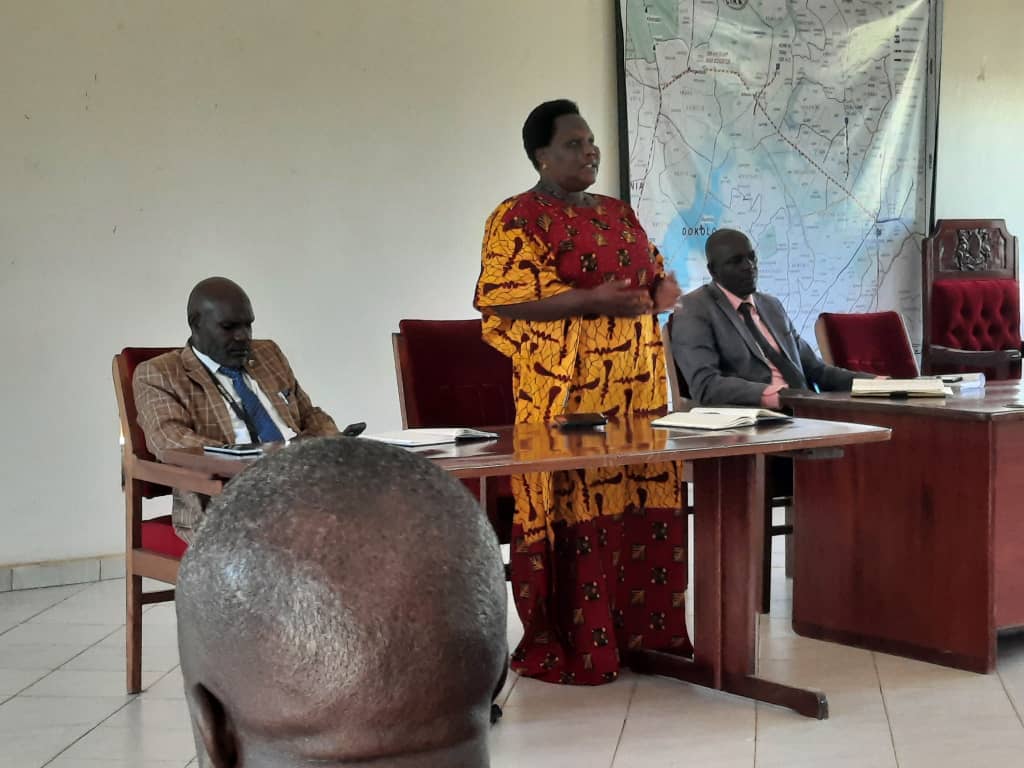 She says she reflected on her ten-year experience at the Alebtong district council where such fights were not uncommon. She had at first contemplated on which side to fall. The CAO’s or that of the politicians? ” I had asked myself at first.” She then says she realised that for she and everyone else to enjoy their work, harmony needed to prevail first.”

Akech says her first and biggest task as RDC was to diffuse the worrying tensions in the district. With the help of a few opinion leaders, she initiated round table discussions aimed at reconciliation. The rest is history.

The peaceful working relationship among all the wings, the RDC says, has greatly upped the morale of the people, and enhanced the ease with which services are delivered to the people. There has been commendable progress in the fight against corruption and misappropriation of public funds since all stakeholders now work with concerted efforts. 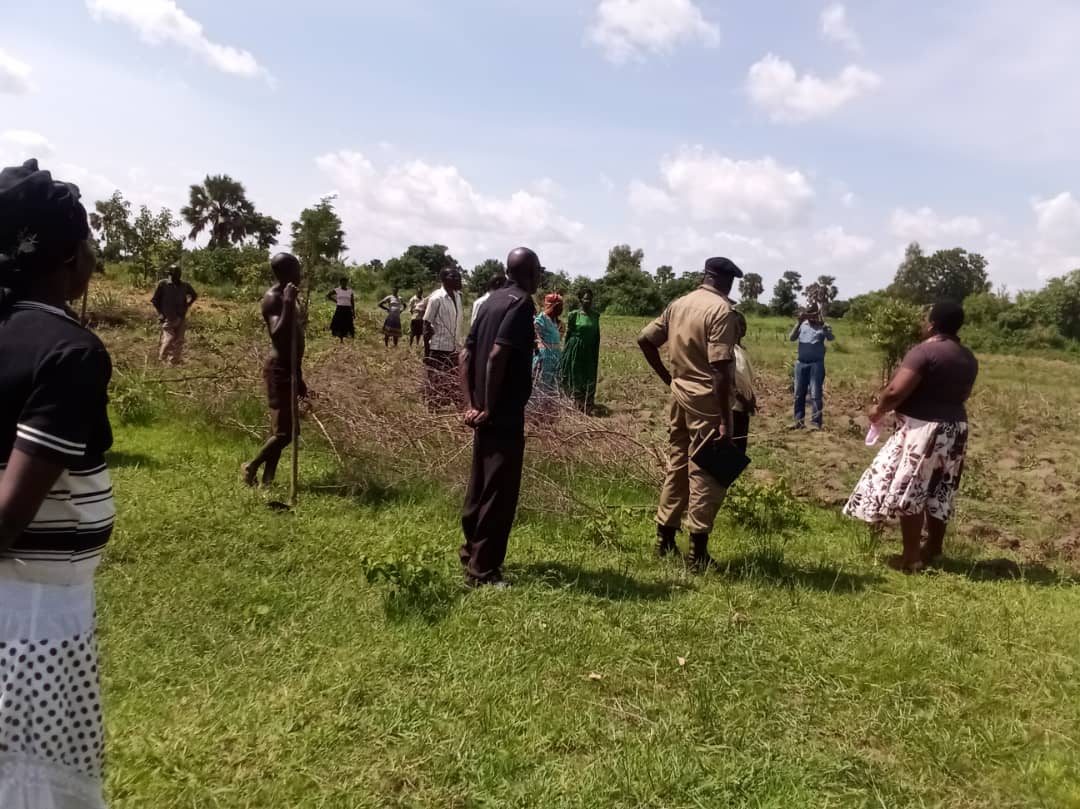 She also indicates that there had been a problem with the Yahweh Pentecostal Churches which had been closed on grounds of either none compliance with the laws or suspicion from the public. She, however, says all she has had to do is engage the churches, and forge a way of working within the most agreeable terms for both the government and the public. These have since reopened about upholding the constitutional freedom of worship principle.

The RDC remarks that the Presidential directive on the preservation of wetlands meant that there would be a lot to do in Dokolo specifically. A large section f the population derive their livelihood from the wetlands especially in the sub-counties of Agwata, Bata, Adok, and Dokolo, among others. Even in the urbanised centres like Dokolo Town Council, Agwata Town Council, and Bata Town Council, there are large expanses of wetlands under use by encroachers.

At the time of her posting to the district, however, Aketch says there had been almost no effort made towards enforcing the directive something she says could have been due to the perceived resistance any move could attract because many people profit from the illegality. To make matters worse, the very leader charged with the implementation of the directive are beneficiaries from the wetlands. 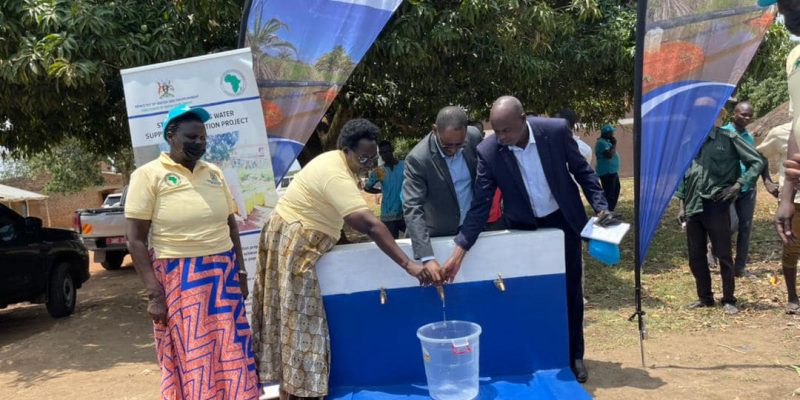 The district Security Committee(DSC) has since cleared the RDC’s resolution to give wetland users only three months to vacate the contested land in line with the President’s recommendation. This was arrived at because many of the users had already planted in the wetlands and needed time to harvest before giving way. As a way of mitigating public opposition to the arrangement, mass sensitisation programs have been embarked on through radio talk shows and public meetings to help the people appreciate the value of protecting the environment.

Where peaceful means have failed to yield due to resistance from the users, the force has been applied. Three people have, in the process, been apprehended and detained. The latest was of a certain woman who has defiantly opted to build a house in a wetland area despite efforts by the authorities to bar her. These have however been released after compromising.

The District Security Council leadership has since passed a directive to all LCs to enforce the directive and those who are paid by the government will have their emoluments withheld for none compliance. The leaders have also been directed to vacate wetland areas and take lead in preaching against the vice to the rest.

Efforts to free wetlands in the district, Akech says, are spearheaded by security, the District Environment, and Natural Resource departments.

There has been commendable progress in the implementation of the Emyooga economic transformation initiative. Recent performance assessments placed the district at 16th in the whole country, up from 106 the previous year. There, however, remains a challenge of poor recovery which currently stands at 30%. Emphasis is being put on improving this area to attract more financing for the program for the better livelihoods of the population. 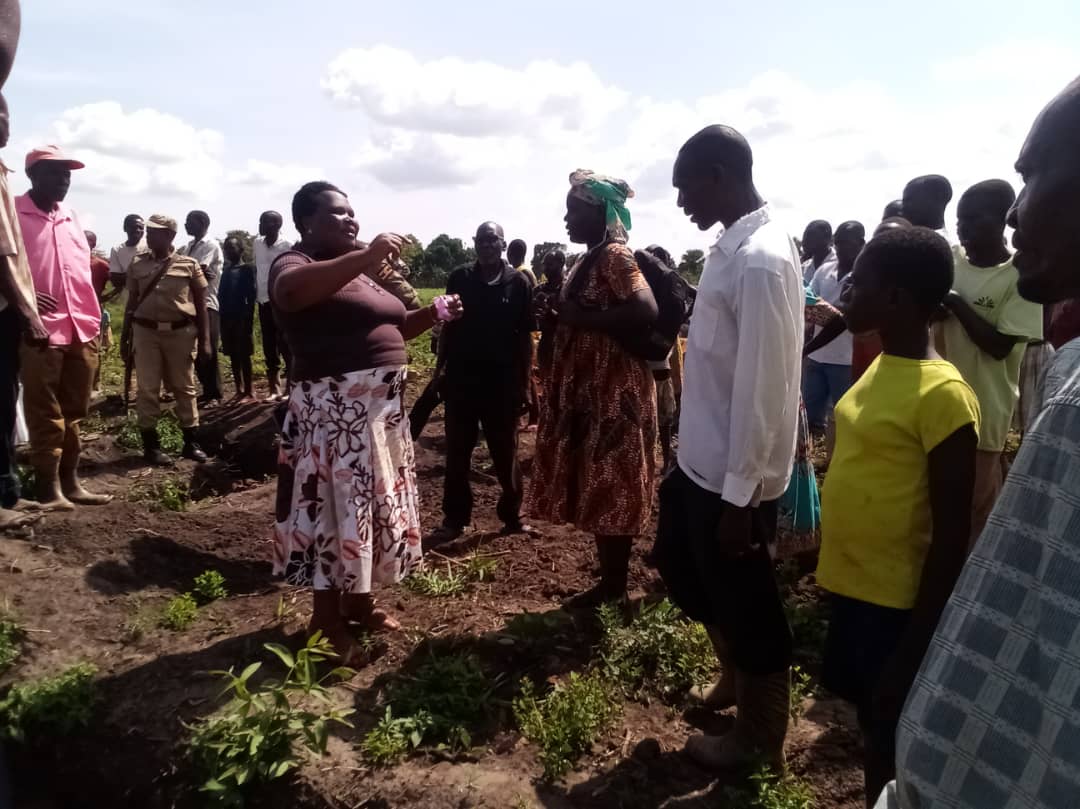 The RDC reports that at least nine groups of People With Disabilities (PWDs) have so far received 5 million each. This money, Akech says is veered towards improving the lives of these special needs groups. Her office is committed to supporting the beneficiaries in putting the funds to productively best use. Their suggested projects to invest in have carefully been scrutinised by experts and advice given to mitigate losses.

The RDC says all efforts have been made to prepare the ground for PDM to blossom in Dokolo. Mass sensitisation through radio and training of stakeholders has already been done. That 17 million for each parish is already in the district accounts only waiting to be disbursed. She explains that the money would have been distributed to the respective parish beneficiaries had there not been a delay in passing the guidelines from the line ministries.

The RDC commends the government for the special strides in the water sector. She explains that different interventions have been made to improve the supply of safe and usable water in the district. A number of water sources have been either drilled, constructed or rehabilitated.

Several roads, schools and health centres are currently being worked on to further boost service delivery.

She notes that the effect of the coronavirus pandemic continues to spread misery among the people of Dokolo. The long span under lockdown has increased the levels of poverty. Businesses are struggling due to low purchasing power. It has also drastically reduced school enrollment. Many parents have failed to send their children to school due to poverty. Some children lost the morale to continue studying either because they feel too old, or unable to catch up because of the time lost, while others are already parents with responsibilities that can not allow them to continue with school.

Special Message to the people of Dokolo:

“I appreciate the warm reception a received and continue to receive from both the leaders and the public. When I came to the district, I was a first time RDC but the support and friendhip from the people have matured me into the giant I feel I am today, and still expecting more. Never, ever did I expect goodness greater.

Let’s continue working as a team to realise our President’s dream of social-economic transformation to attain middle-income status. All of us, leaders and commoners are one body. When a finger gets wounded, the rest of the body shares the discomfort. That’s why we need to keep the unity.”

Special Message to The Presidency:

I would like to thank the President for the appointment. I also thank her for identifying and appointing Mama Milly [Babalanda] as minister for the Presidency. I want to specially thank the technical wing under the able leadership of Hajji Yunus Kakande, the Secretary to the Presidency.

To the Hon. Minister Babalanda, I can’t thank her enough. Her wisdom, careful judgement, attention to detail, and wise mentorship have raised an army of gallant forces who continue to overlook the ridicule, diversion and discouragement of negative forces to focus on the grand goal of service in excellency. We continue praying for her good healthyto continue guiding and naturing us. For the welfare support, thank you and thank you. For the first time in history, RDCs can walk-in access to pride because we have been given a new face. I pledge complete loyalty, to serve without reservation as a reward for the trust in me by the appointing Authority, HE the President of Uganda. For God and My Country.”

Most people I work with are corrupt and selfish, Minister Kasaija admits