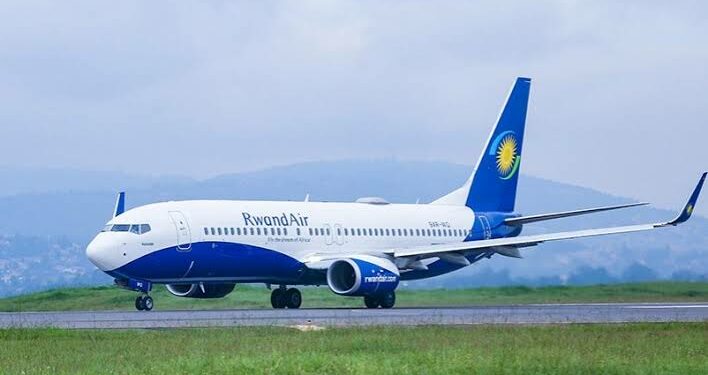 Ties between the Democratic Republic of Congo (DRC) and Rwanda are at a limping level, after the former this afternoon announced a supension of RwandaAir planes from its airspace.

The decision was taken by the government of DRC, after it accused her neighbor Rwanda of supporting the M-23 rebel group, which is considered a terrorist organization by the Congolese government

“In view of the Rwanda‘s support for the M23 terrorists, it has been decided to immediately suspend Rwandair flights to our country. The Superior Council of Defence has cautioned the Rwandan government that is disrupting the peace process,” said Patrick Muyaya, the government spokesperson in a press briefing today.

DRC also summoned the Rwandese ambassador to Kinshasa Vincent Karega for questioning on the same matter.

Mr. Muyayu also announced that the M-23 is considered a terrorist organization and is therefore excluded from the ongoing discussions in Nairobi, through which armed groups have been called to negotiate with government to find a solution to the armed conflict.

In response, RwandaAir immediately announced flight suspensions to the cities of Kinshasa, Goma and Lumbubashi.

DRC on Thursday pinned Rwanda for supporting the M-23 rebels, which are engaged in a fierce battle against government forces in northern Kivu province. Rwanda denies any wrong doing.

Government spokesperson for Rwanda Yalonde Makolo said his county has no intentions of getting involved in an Internal matter in the DRC.

The M-23 rebel movement based in Goma, was formed in April 2012, by disgruntled army officers whichin the CNDP, which itself was a rebel group fighting the government of Joseph Kabila.

However, in March 2013, the United Nations in partnership with the DRC government created the Force Intervention Bregade (FIB), which difeated the rebel group in November the same year.

On a sad note, its remnants regrouped and the movement resurged a few months back, and has been involved in a fierce fighting with government soldiers.

The chief of staff for the Congolese army Celestin Mbala has since relocated to Goma, the largest city in Kivu province, to direct military operations.

The UN estimates that over 72000 people have been displaced in North Kivu, since Congolese government soldiers started battling the militant group in 2012.