Where does NUP’s deliberate neglect of party structures and organs leave Bobi Wine and his team?

by Watchdog Uganda
in News, Politics
8 0 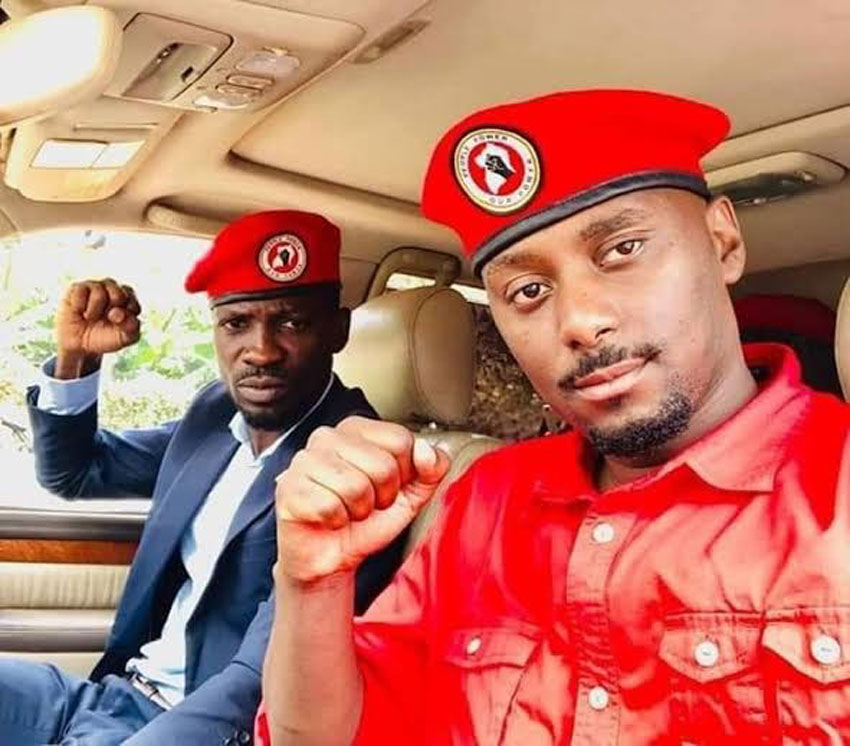 As the saying goes, that it’s not yet over until it’s over. The National Unity Platform (NUP) party which evolved from UNRP, a party formed in 2004 under the leadership of Nkonge Moses Kibalama and other founders has seen its brightness of recent after rebranding their name without altering anything in the party as seen in the Uganda gazette of August 2019.

It has been established by our 24/7 foot soldiers that the party hasn’t registered any harmony since Nkonge Moses Kibalama, the chairman and former acting president together with the secretary general Ssimbwa Paul Kagombe spearheaded deal of bringing Robert Kyagulanyi and team into the leadership of the party, a responsibility he was supposed to to handle for a period of one year through the tough electioneering period of 2021.

During that period, because Kyagulanyi popularly known as Bobi Wine wasn’t a member of the party and yet he wanted to join with his team including Lewis Rubongoya, a memorandum of understanding was drafted and a number of issues agreed upon among which included to have the MOU reviewed after 1 year, however when Kyagulanyi and team of about six people took oath of office, they neglected the MOU and decided to do party business in lobadoba style of which has costed the internal democracy of the party and forcing a number of people to resign due to lack of administrative structures and intrigue within the party.

This memorandum of understanding a copy we managed to get clearly showed us that the leadership of NUP headed by Nkonge Moses Kibalama and others signed with the leadership of people power movement represented by David Lewis Rubongoya on the 10th July 2020 just a few days to the conference called by the then secretary general Ssimbwa Paul Kagombe for NUP party.

However, it’s so disturbing that even a simple thing can’t be handled according to the party constitution but rather being done in ways pleasing to the Kyagulanyi management.

Several communications have been made both in writing and verbally but all have fallen on deaf ears since Rubongoya, Kyagulanyi blue eyed boy has always kept this in the dust bin, which has now sparked a lot of internal struggles which might see the party torn into two pieces; those that believe in democracy and those that believe in quick cash picks as it has been the practice of Kyagulanyi evidenced during the flag bearership struggles where many people were duked in flag bearing cards.
it’s clear that even most of the MPs and other elected leaders on the party card no longer pay allegiance to the Kamwokya leadership citing very gracious Democratic gaps in the Kyagulanyi and Rubongoya administration.

It’s for this important matter then that the game is getting interesting now that the organs that brought Kyagulanyi and team on board are now up in arms to see democracy back into the party leadership and such organs include;
1. CEC
2.NEC
3. And the party constitution

Odoch George, based in Northern Uganda confided into our reporter that he’s a member of the central executive committee of the party since 2008, and many other colleagues wonder how party business is being handled outside the party constitution and clearly said they are not sitted to watch their party go to the dogs at their watch rather something is going to be done to bring glory back into the party.

It should be recalled that in November 2020, the Central Executive committee member, William Odinga Balikudembe wrote to Kyagulanyi as president and copied the secretary general but this concern wasn’t addressed at all neither did he make effects to reply the letter. Many more engagements have not yielded any meaningful results. Even in the month of March 2022, another communication aimed at resolving and possibly improving the way things are being handled fell on deaf ears as well prompting a lot of internal disagreements with in the party, Ugandans had embraced with a lot of hope.

In a detailed interview with one of the former liaison officer of the party Spartan Mukagy, drew us to the conclusion that a lot is desired to be done and if not urgently done the voters will regret the consequences of the Kyagulanyi team and also cleared the space about how Kyagulanyi and team thought they had gone away with it not knowing that the party organs would catch up with them at their own expense.

It’s very stressful to even find the elected Members of Parliament and others on different levels of representation accepting to bow down under a very undemocratic tendencies of Kyagulanyi who turned the National Unity Platform, a mass party into a three man party rule without even knowing what their party constitution entails them to do and they claim to be removing a dictator all the time yet they are worse than all the former Uganda presidents put together.