by Stephen Kalema
in News, Politics
1 0 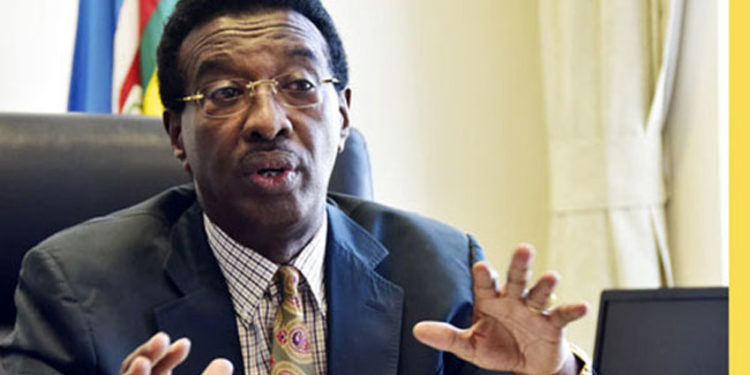 The Court of Appeal in Kampala has dismissed the election petition by Tumuheirwe Fred Turyamuhweza against Security minister Gen Jim Muhwezi and the Electoral Commission.

The ruling which was made on Tuesday by three judges; the Justices; Cheborion Barishaki, Musota Stephen and C. Gashirabake cited the lack of sufficient evidence that pins the 1st respondent (Gen Muhwezi) for participating in bribing voters and blackmail.

“We have not found evidence to support the Appellant’s allegations of bribery against the 1st Respondent. The learned trial Judge was therefore right in finding that the Appellant did not cite any of the provisions of the law not complied with for the Petitioner to obtain a remedy under the PEA.”

The judges added that even if one was to find the investigation unfair or lacking, that would not presuppose that the Appellant’s complaint against the 1st Respondent was true based on the reasons cited in the documents submitted to both courts thus failing the appeal.

Due to the above and many other reasons, the judges upheld the trial Judge’s decision and dismissed the appeal. They also ruled that each party shall bear its own costs both in the Court of Appeal and in the High court.

“The 1st Respondent, Muhwezi Jim Katugugu, remains the validly and lawfully elected Member of Parliament for Rujumbura constituency, Rukungiri District as a result of the Parliamentary election held on 14th February,2O2l. We so order.”

It must be recalled that in the last general elections Gen Jim Muhwezi won with 25,799 votes against the appellant who gunned only 20,556 votes. However, the appellant was dissatisfied with the outcome of the election and petitioned the High Court at Kabale challenging the said election results and seeking the court to annul and set aside the same.

In his application, he raised allegations of non-compliance with the provisions of the electoral laws and that the 1st Respondent had committed illegal practices and 20 offences under the Parliamentary Elections Act, during this election.

He further alleged that when he complained to the 2nd Respondent, the 2nd Respondent failed to reign in on the 1st Respondent. Specifically, the appellant alleged that there was voter bribery, Illegal practices of fundraising and giving donations during the campaign period contrary to Section 68(7) of the Parliamentary Elections Act.

He also accused the 1st respondent of making a false statement at a campaign rally, that the Petitioner had contracted Covid-19 illness and urged people to shun him contrary to Section 70 of the Parliamentary Elections Act.

He wanted the court to declare that the 1st Respondent committed illegal practices during the campaign period and was therefore not validly elected as a Member of Parliament for Rujumbura County Constituency and also wanted an order annulling the election of the 1st Respondent and directing that a fresh election be conducted in the said constituency.

However, the High Court ruling during the sitting at Kabale in Election Petition No. OO3 of 2O21 delivered by Justice Phillip Odoki on the 1st November 2O21, Mr Turyamuhweza’s application was dismissed, a move that forced him to go for an appeal.