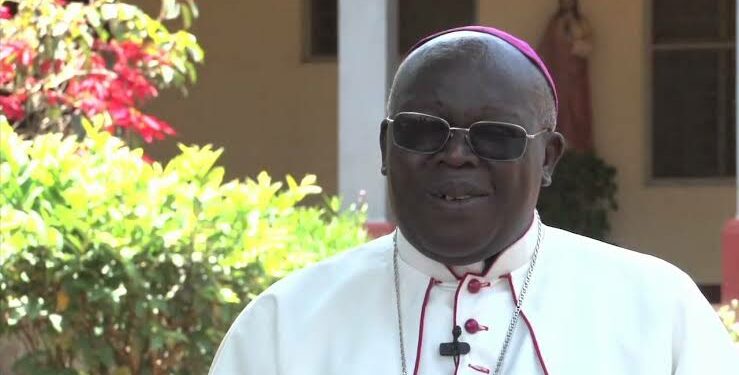 The Archbishop of Gulu, Dr. John Baptist Odama has said that the media should be used to preach peace and unity among the people other than promoting selfishness and hatred.

The Archbishop says that mass and social media should be used as the means to serve humanity, pronounce and proclaim the good news of God`s presence and purpose for humanity, and correct abnormality among the people.

Archbishop Odama was on Sunday preaching during the weekly mass at Holy Rosary Church in Gulu City to mark this year`s Mariatona Day.

He noted that the use of the media for propaganda, selfishness, hate speeches and tribalism have led to insecurity, conflicts, and hatred among the people.

He noted that the Catholic Church established Radio Maria for proclaiming God`s words to the world, serving as a conduit from God to humanity and therefore bringing the savior to the people.

Relating to the Russian-Ukraine war, Archbishop says that some of the propaganda was promoted by the media noting that such should be corrected and the confusion among the people should be settled.

Turning to the campaign in Omoro Constituency, Archbishop said that the media should be guided by the holy spirit but not by self or group interest and must be for the good of humanity and of Uganda.

He noted that the media should polish, and clean society of its wrong ways of doing things since it reaches out to schools, society, community, and places of gathering.

Speaking during a media party in Gulu City on Saturday evening, Bernard Loum the Programs Manager of Radio Pacis Gulu, and James Onono Ojok, the Deputy Public Relations Officer for Gulu University all called on the media to exhibit professionalism and preach peace.