by Mourice Muhoozi
in National, News
3 1 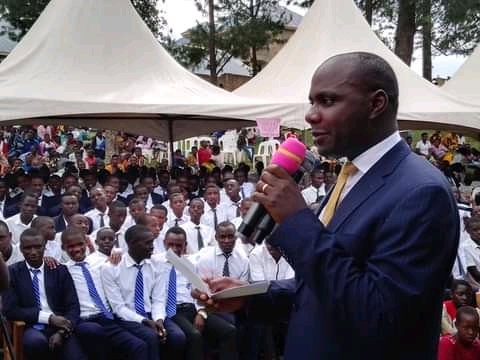 The state minister for Finance, Planning and Economic Development (general duties) Hon. Henry Musasizi has revealed government’s resolve, not to introduce any new taxes in the next FY 2022/2023.

Musasizi made this revelation on Saturday while speaking as a chief guest at Rubanda Catholic Parish in Rubanda district, during the silver Jubilee thanks giving mass of Rev. Fr.Charles Lwanga, the rector of St. Adrian’s seminary under Kabale diocese.

Musasizi, who is the Rubanda East MP, said such a move is a relief initiative by government, intended to help various business entities recover from divastating effects of COVID-19.

The function was attended by a number of dignitaries including all MPs from Rubanda district, Kabale Municipality MP Dr. Nicholas Kamara, LC.5 chairpersons of Kabale and Rubanda districts, among others.

Hon. Musasizi explained that the 2022/2023 FY budget was focused on empowering businesses to recover from the losses and debts, accumulated from the two-year period between 2020, and 2021,when the world was ravaged by coronavirus.

“We are mainly looking at how we can bring back the economy to the pre-pandemic levels and improve income for households that are still in poverty. In order to allow businesses to recover, we are not going to introduce any new taxes,” said Musasizi.

However, the minister also underlined that the current taxes would not be reduced. In regard to high commodity prices, Musasizi said government was opting to reduce the number of imported food items, while increasing internal production by boosting agriculture, especially through the parish development model.

Musasizi also reiterated government’s position that there would be no tax waivers on essential commodities such as sugar, soap, fuel, urguing that the skyrocketing prices were not caused by taxes.

Meanwhile, Rev. Fr. Charles Lwanga said he was thanking God for having enabled him to serve as a priest for 25 years under Kabale Diocese. He has served 23 out of the 25 years, as a Rector of St. Adrian’s Seminary in Rubanda district.

Fr. Charles was ordained at Rubanda Catholic Parish on 11th August 1996, by the Kabale-born Ugandan Bishop Robert Marie Gay, who was the second overseer of Kabale diocese, from 1996 to 2003.

According to Fr. Charles, all the proceedings from the thanks giving mass would be used to complete Rwamugasha’s Catholic Church under construction in Muko Sub-county, Rubanda district.