by Everest Mukiibi
in National, News
19 0 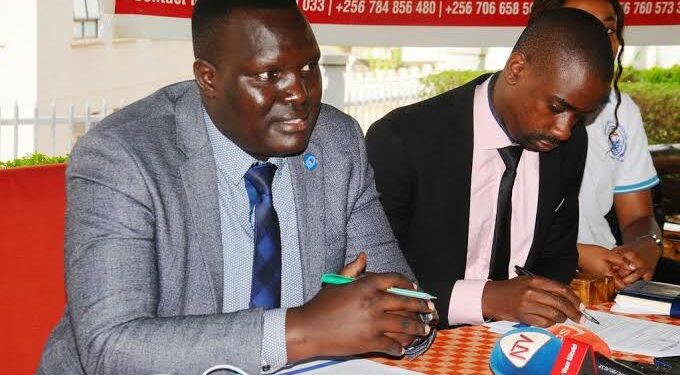 The Uganda Medical Association President Dr Samuel Oledo has faulted striking staff for “complaining about how much food has been put on their plates when it’s still being served in the kitchen”.

He was referring to an ongoing strike by Allied Health Practitioners that entered the fifth day on Friday.

A wave of strikes by health workers started last November when the medical interns complained of meagre earnings and working under harsh conditions characterized by perennial shortages of hospital consumables.

These kept growing sinking in the Uganda Medical Association, the Nurses and Midwives Union, Laboratory Technicians, and Science Teachers to now a group of Allied Health Professionals including radiographers, dental practitioners, medical records officers, counsellors and theatre practitioners among others who all demand a pay rise.

He says coming out to strike now is selfish and inconsiderate to Ugandans at a time when the economy is crushing.

Oledo, added that when they were negotiating for the pay rise, the concerns of all health practitioners were tabled before the government. He, however, issued fresh threats of a mega industrial action should government fail to honour its pledge of enhancing doctors’ salaries come July.

But Patrick Dennis Alibu, the Chairperson of the Uganda Allied Health Professionals’ Associations who doubles as Secretary-General of the Uganda Medical Laboratory Technology Association said the association couldn’t have presented their concerns when they were at no time consulted about their input.

He explains that while it’s clear what senior, junior and medical intern doctors will earn with the proposed pay rise, it’s unclear, for instance, how much a degree holder allied health practitioner such as a lab technologist will earn since this cadre wasn’t earlier provided for.

Now, after petitioning both the speaker, ministries of Health and Public Service unsuccessfully, the allied health workers resolved to on Wednesday write to the President and had not yet gotten feedback by press time. When asked about the same, Health Minister Dr Jane Ruth Aceng said their grievances were still being reviewed by the Ministry of Public Service which will then give guidance on the way forward.