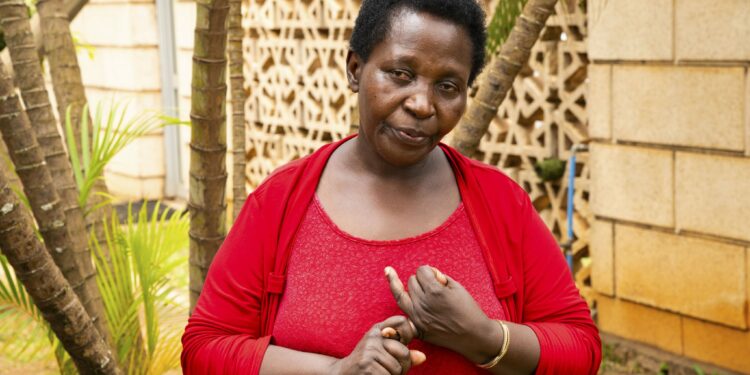 Leonard Kahweza has been compensated with Shs22 million after 10 years of seeking justice.

She paid shs9.5 million in cash and they agreed the balance to be paid when she gets the land title fully transferred in her name.

However, it was later discovered that the subject land never existed, and the one Tukundane promised to compensate her.

She sought justice from different public offices to no avail.

Ms Kahweza then reported the matter to the State House Anti-Corruption Unit on November 30th, 2021 and the investigation into the matter commenced.

On January 14th, 2022, Tukundane was arrested and detained pending arraignment before the courts.

However, on Monday, January 17th, 2022 the suspect appealed to have an amicable settlement of the matter with the complainant. After a mutual agreement between the two, Kahweza was compensated with Shs22,166,590.

“After 10 years,Ms. Kahweza gets Justice! ln 2012,she paid 10m/= to a dealer for land that was later discovered did not exist.Sought help from different offices to no avail.She brought the matter to @AntiGraft_SH in Nov’21. Today, the suspect refunded her 22m/= #ExposeTheCorrupt,” State House Anti-Corruption Unit tweeted on Thursday.

Government gives Shs500,000 to every family that lost a member due to Kisoro mudslides