Government gives Shs500,000 to every family that lost a member due to Kisoro mudslides 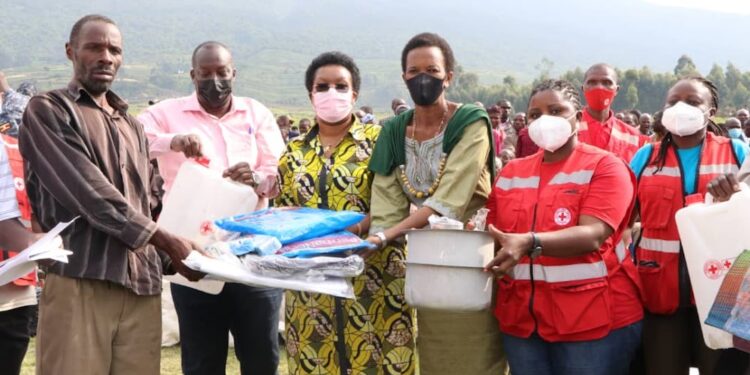 Anyakun who was in company of the state minister for gender labour and social development in charge of Youth and children affairs Sarah Nyirabashitsi Mateeke reached Koranya trading center where most people were killed by mud slides and Gasiza trading center and there after addressed people while at Rukeri village.

Minister Anyakuni said that she visited purposely for fact finding and see what can be done to avoid similar problems in future.

She also delivered OPM’s condolence massage of Shs500,000 for every home that lost a person.

She said that they are going to set up a team from Environment department, Ministry of Water who will go to find out the source of the mudslide and stones.

Hon Mateeke thanked the office of the Prime minister for quick response towards the calamity.

She also said that they have agreed to bring experts who will find out what caused the problem.

The Red Cross spokesperson Irene Nakasiita said they are working with the government to help the affected families.

She said they have delivered relief items to the affected families. The relief items handed over to victims include saucepans, plates, tarpaulins, jerrycans, mosquito nets among others.

Parliament lauds fallen BoU Governor Mutebile for service above self