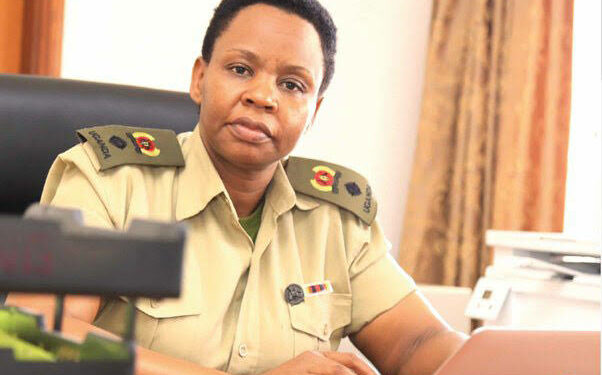 Brig Isoke had been the Deputy Head of Chieftaincy of Military Intelligence (CMI).

Col Nakalema who was unveiled to the public in 2018 as the unit head, is among the senior UPDF officers who were recently sent to a one year training course at the newly established National Defence College in Jinja.

Here are facts you didn’t know about Col Nakalema;

1.Nakalema was born in Kashaari Village, Mbarara District in the Western Region of Uganda, to Midrace Sserwadda, a housewife and Eriyasafu Sserwadda, an Anglican parish priest.

2.She joined the Uganda People’s Defence Force (UPDF) in 1999, where she rose to the rank of Major, in the “Special Forces Command”, under the command of First son Gen Muhoozi Kainerugaba.

3. Prior to her arrival at the Uganda State House, Nakalema had worked in the finance department of the Special Forces Command (SFC). She was part of a team that established a working financial and accounting system at the SFC.In 2014, she was appointed to be the personal private secretary (PPS) to the President of Uganda, on the recommendation of the SFC.

4.In November 2016, her role was elevated to that of personal assistant to the President, specifically taking charge of the President’s daily itinerary. She was replaced as PPS, by Molly Kamukama.

6.In December 2018, Nakalema was introduced at a public function as the head of the State House Anti-Corruption Unit.

7. In April, 2021, President Museveni, the Commander in Chief of the armed forces promoted Nakalema from the rank of Lieutenant Colonel to Colonel.

DR IAN CLARKE: Do Mothers live through their children?