We are ready for any propaganda war! Bobi Wine’s brother Nyanzi speaks out on allegations that he begs money from NUP MPs 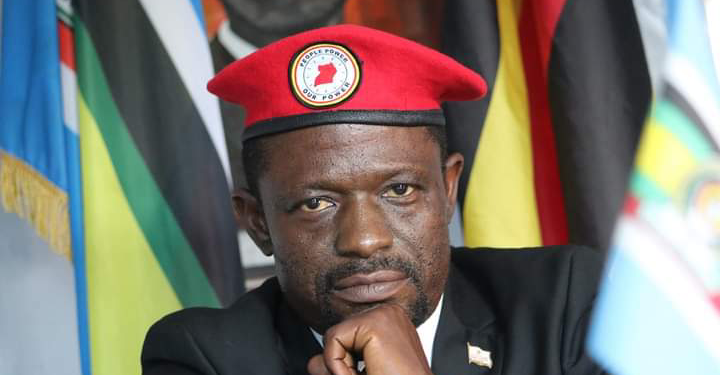 Nyanzi is an elder brother to Robert Kyagulanyi (Bobi Wine), the leader of NUP.

During an interview with CBS FM on Friday, Nyanzi said there’s a clique of people whose main intention is to disorganize NUP through propaganda.

“I have never asked for any money from our MPs. I also want to say that there is no storm in the party as alleged by some media platforms. Any normal political party must have people with different ideologies as long as they do not depart from the general ideology of the party. I don’t see that as a storm. The problem now our opponents are now using this type of propaganda to disorganise us. Nevertheless, we don’t have any wrangles within our party, we are moving on well,” Nyanzi disclosed.

“I need one MP to come out and at least pin me or any NUP member on the executive committee for disrespecting him/her. We are moving on well under the guidance of our principal. The contributions MPs do were agreed upon like how other parties do. I have always heard people pinning me of selling the party tickets but i want to clearly state that nobody sold the tickets, let whoever alleges come with evidence, our opponents have tried this type of propaganda since last year,” he said.

The former Kampala Central parliamentary aspirant also added that there is a big rage against NUP for refusing to join the Inter-party Organization for Dialogue (IPOD), so their opponents are doing whatever it takes to see that the party collapse.

Since the beginning of this week, there have been media reports that there was an ongoing bitter split from Bobi Wine’s loyalists accusing the Leader of Opposition Mathias Mpuuga of betrayal. Reports also revealed that some MPs have completely stayed away from party activities because they despise the leadership while others fear they will be bullied by Kyagulanyi’s loyalists.

On Tuesday, NUP Spokesperson Joel Ssenyonyi came out and refuted the allegations by accusing one of the local newspapers of being used by the government to derail members of the Kamwokya based political outfit by creating non-existing storms.

“For long, it was mainly Red Pepper that wrote fake dramatic headlines, but clearly New Vision has joined the WhatsApp group of tabloids. The regime will use anyone and anything just so they can try to derail us by creating none existing storms. Let’s remain focused, let’s not fall into their trap,” said Ssenyonyi who also serves as Nakawa West legislator.

DR INNOCENT NAHABWE: Take your child to a school where you can afford, Osilike!