by Mike Ssegawa
in News, Politics
22 1 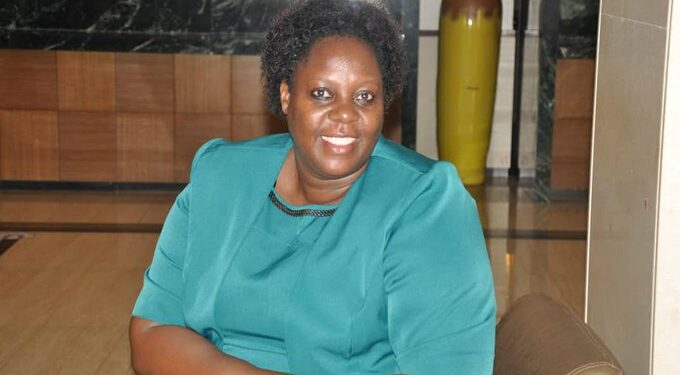 Naggayi Prossy died from a blood clot from Nsambya Hospital

Sadness gripped the Presidency’s Office on Friday following the unfortunate demise of Naggayi, one of the dedicated Senior Staff.

An outpouring of condolences, eulogised Ms Prossy Naggayi who has been a personal secretary to Presidency minister, Milly Babalanda, as a kind, dedicated and committed public servant.

A post mortem report has indicated that she died from a blood clot. However, source have intimated to Watchdog website that she could have been quietly battling Covid-19.

Ms Naggayi has worked in government as a secretary for over 20 years, and her recent posting was serving Ms Babalanda.

Minister Babalanda tweeted on receiving the news; “I regret to announce the death of my Secretary, Ms. Prossy Naggayi, who has passed on at Nsambya hospital this afternoon. Very sad day. Details and the subsequent program for burial will be announced later. BMB”.

Comments on the tweet, poured out emotions, describing the deceased as a “professional”, “kindhearted”, “dedicated civil servant”.

Sources explain that Naggayi’s blot clot could be explained to have come from Covid-19 combined with her long term treatment of diabetes and high blood pressure. She had reported to be unwell for the last two weeks.

Naggayi was last seen at the Presidency office last Tuesday, where she worked for half day, before taking a break to seek further health management.