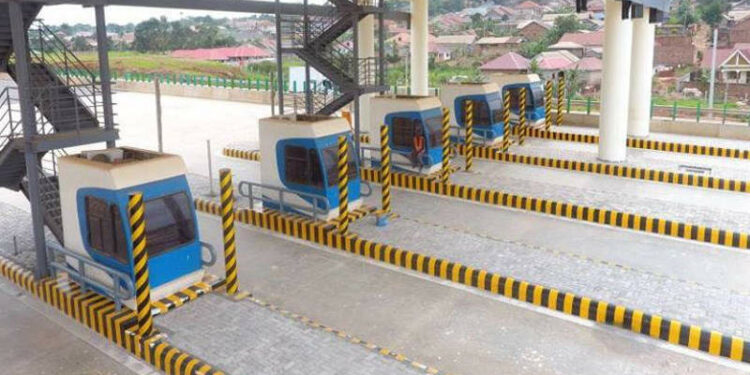 The Minister for Works and Transport Gen Edward Katumba Wamala on Thursday revealed that the Vice-President, Speaker of Parliament, his Deputy and Chief Justice are all supposed to pay the toll fees if they want to use the Kampala-Entebbe Express Way.

Appearing before Parliament, Gen Katumba said that no government official except the convoy of the President will be allowed to use the Kampala- Entebbe Express Way without paying.

He however informed the members of the House that the decision to determine who should pay and who should not pay was made by the cabinet not his ministry. Nevertheless, he noted that if the cabinet amends the regulations, then the Vice President, Speaker, Deputy Speaker and Chief Justice can be exempted from the toll but as per the status quo they and their convoys will have to pay as long as they use the road.

On Saturday last week, the government commenced the collection of road toll fees along the Kampala- Entebbe Express Way. Motorists using the road pay between Shs5,000 ($1.4) and Shs18,000 ($5) depending on the size of their vehicle. According to Gen Katumba, part of the money made from the collection of the fees is to be used to finance the loan while the rest will be used to foot the operational expenditures on the road such as security along the road, ambulance and breakdown services and routine road maintenance.

The 51km road is now the quickest route to the country’s International Airport Entebbe and it’s rated as one of the country’s most expensive since it was built using a $350 million loan which was acquired from Exim Bank of China in May 2011. It’s a four-lane expressway that comprises two road sections -a 36.94km-long section and a 12.68km-long link road.

In the 13 year repayment period, the government plans to pay USD 26.8 Million a year.