by Stephen Kalema
in National, News
5 1 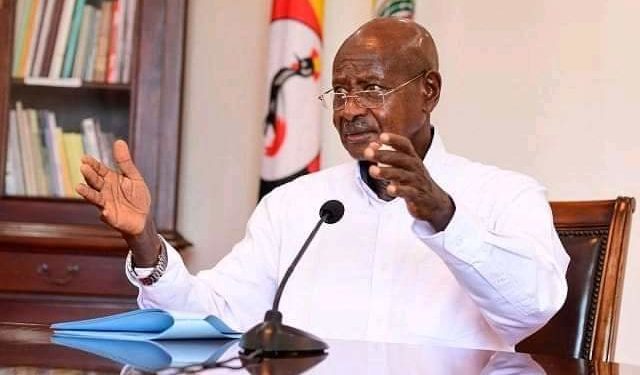 The State House has told Ugandans to stay calm by not listening to rumours that President Yoweri Museveni may announce another lockdown as a way of curbing the current surge in cases of Covid-19.

Faruk Kirunda, the Deputy Senior Presidential Press Secretary said the general public’s festive spirit should not be dampened by speculation that another lockdown is in the offing.

“… Kindly, ignore the rumours and await an informed address by H.E the President. Thank you,” Kirunda tweeted on Monday.

Kirunda’s statement follows media reports that the National Covid-19 Taskforce asked President Museveni to delay the full reopening of schools and the economy by two weeks in order to assess the impact of the new Omicron variant of the pandemic.

The taskforce led by the Prime Minister Robinah Nabbanja,made the recommendation during a meeting with the President on Monday at his country home in Rwakitura, Kiruhura District.

The officials told the President that they were concerned by a surge in cases driven by the new Omicron variant, which is believed to be more transmissible.

“We watched the numbers increase. We have not yet seen an increase in [hospital] admissions but that doesn’t mean the cases will not increase,” a member of the taskforce told Daily Monitor newspaper on condition of anonymity after the meeting.

“The decision for reopening is based on science. We will have to wait for the next two weeks to understand what the pandemic will look like.”

Another member of the taskforce said a surge in case numbers had forced a rethink of the reopening plan.

President Museveni is to address the nation on 31 December, 2021 in his year message and he is expected to give his informed decision on the full reopening of the economy and schools.

In October this year, Museveni announced that schools would reopen in January 2022, two years after they were closed.

In a televised address, Museveni said the general economy will also be opened at the start of next year.

He urged the citizens to observe Covid-19 safety measures to avert a surge in infections.

“Even if you don’t come out for vaccination, we will open the schools and the economy and if anything goes wrong, the moral responsibility is yours,” said the President.

Following Museveni’s directive, the Ministry of Education and Sports a few days ago announced that all schools will officially reopen on 10th January, 2022.