Gov’t urged to speed up trial of Rwenzururu Kingdom Guards 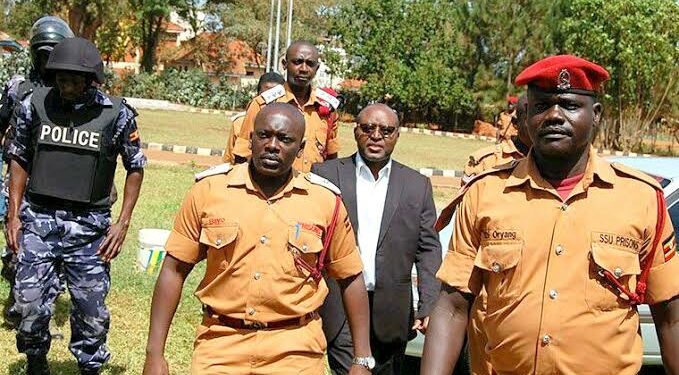 Omusinga of Rwenzururu Charles Mumbere before he was granted bail

A section of legislators have called on government to grant a speedy trial to the royal guards of the Rwenzururu Kingdom who were arrested and detained in 2016 for abetting an insurgency.

The MPs expressed their displeasure with the delay in resolving the matter stating that some of the detained suspects had fallen ill and were not getting medical attention in the prison facilities.

Medard Sseggona (NUP, MP Busiro County East) said it was disturbing that a prosecution rooted in what he termed ‘a massacre that happened in 2016’ had not taken place. He said it is a constitutional requirement for people to access the right to a speedy trial and it is the responsibility of the government to afford facilities for the trial to happen.

“There are some who were rendered jobless when the government attacked the palace and there are those who languish in jail because they were denied bail; who is responsible for this delayed justice,” he inquired.

He urged Parliament to come out strongly on the matter and cause government to grant a speedy trial to the accused for ‘the purpose of the constitution, justice and fairness.’

Sseggona reasoned that the prosecution has not shown the evidence they claim was used in the insurrection, noting that “All we have seen is cultural items like spears and shields”.

He suggested that the government devises a way of negotiating with the Kingdom by talking the matters over with the leadership of the cultural institution.

Katusabe said Parliament should address the matter with the seriousness it deserves because “It would be a sign of indifference if we ignore the fact that people are dying on their prison beds without getting justice.”

The Deputy Attorney General, Jackson Kafuuzi, said the prosecution of the royal guards of the Rwenzururu Kingdom had delayed for several reasons, one of which was the outbreak of the Covid-19 pandemic.

Kafuuzi said the pre-trial hearing commenced in December 2020 but was interrupted by Covid-19 related restrictions.

The Deputy Attorney General also informed Parliament that Justice Eva Luswata who was handling the case has since been appointed to the Court of Appeal and a new judge is yet to be designated to handle the matter.

Kafuuzi further said government is working with prisons authorities to see to it that the sick get treatment.

The Deputy Speaker, Anita Among, urged government to take note of the health of those incarcerated and also ensure that they get a speedy trial.

She referred the matter to the Committee on Human Rights to investigate and report back to Parliament within two weeks.