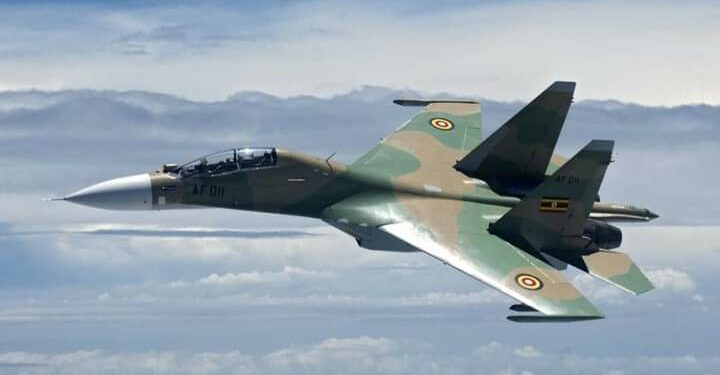 The Ugandan military has said it launched joint air and artillery raids with forces from the neighbouring Democratic Republic of the Congo (DRC) against the Allied Democratic Forces (ADF) armed group.

Ugandan authorities have blamed the ADF for deadly suicide bombings in the capital, Kampala, earlier this month. The armed group has been accused of carrying out dozens of attacks in the eastern DRC.

A few days ago, the Democratic Republic of Congo allowed Uganda armed forces to enter its territory to chase rebels blamed for massacres in the region, sources told AFP.

“President (Felix) Tshisekedi has already raised the option of allowing Ugandan troops to enter Congolese territory to chase ADF terrorists together with,” UN troops, a presidential adviser told AFP on condition of anonymity.

“But Ugandan troops will not cross the border tonight or tomorrow. All procedures must first be respected, especially with respect to parliament and the DR Congo military command,” he said.

Antipas Mbusa Nyamuisi, a local spokesman for the Nande ethnic group, told AFP the Uganda People’s Defence Forces was given the “formal” green light to hunt down ADF fighters on Congolese soil.

A European diplomat confirmed the news, telling AFP: “We have been informed via our regular channels that President Tshisekedi has authorised Ugandan troops to cross the border to fight the ADF.”

At least seven people(including 3 suicide bombers) died in the incident and more than 3o were injured in the attacks, which took place within about 550 yards and three minutes of each other in Kampala’s business district, police spokesperson Fred Enanga said.

At a news conference recently, Ugandan police showed surveillance-camera footage from the scenes of the blasts. The first attacker, wearing a dark blue hooded jacket, detonated a heavy backpack as he approached two police trucks near Kampala’s central police station, hitting more than a dozen officers, including some inside the station,  Enanga said.