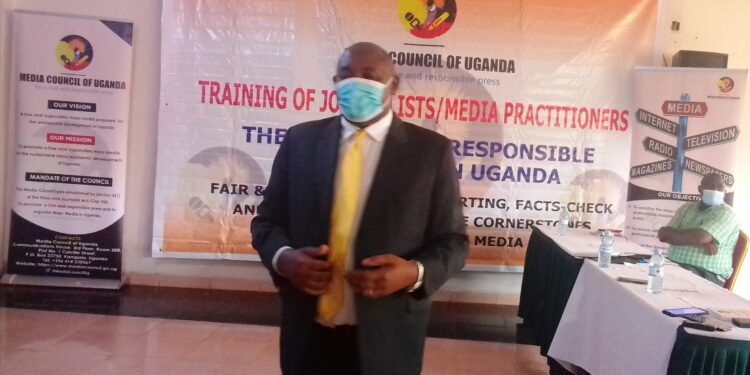 Government is set to recapitalize Vision Group with funding totaling to Shs2 billion to facilitate the revival of vernacular newspapers Orumuri, Rupiny, and Etop which had closed due to Covid-19 induced financial challenges.

This was revealed by the Minister of ICT and National Guidance Dr. Chris Baryomunsi on Wednesday while addressing the press at the two-day workshop for journalists organized by the Media Council of Uganda at Kirigime Guest House in Kabale Municipality.

Orumuri, Etop, and Rupiny, published by the state owned media conglomerate-Vision Group, were closed indefinitely in June, over financial constraints that were worsened by the second Covid-19 wave whose peak was registered in June 2021.

Minister Baryomunsi who is also the Member of parliament Kinkizi East revealed that government had already earmarked Shs2 billion to facilitate the revival of the local papers.

Baryomunsi argued that the vernacular newspapers are not only important in promoting and preserving the local languages, but also they are usually the alternative for semi-illiterate Ugandans interested in information published in print media. He asked the public to support Vision Group by buying the papers if they are to sustain their existence after the revival.

“I call upon all Ugandans to support these papers by buying them because it is their money that will keep them in circulation, not government money,” said Baryomunsi.

Orumuri, which was first printed in 1989, was published in Runyankole-Rukiga with its primary audience in the greater western Uganda region. Etop, the Soroti-based Ateso newspaper, whose primary circulation was in Ateso speaking districts, was due to celebrate its 30-year anniversary before publication was suspended.

Rupiny, published in Luo and serving the greater northern Uganda region, was first published in 1994 and made a name by providing vital news and information about the insurgency led by the Lord’s Resistance Army.