by Lawrence Kazooba
in National, News
3 0 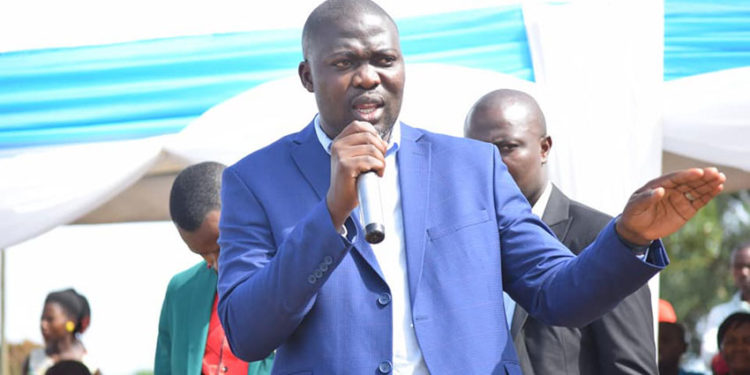 A day after Uganda Revenue Authority handed over vehicle registration services to the Ministry of Works and Transport, the debate on vehicle tracking has raised its head once again.

Bukoto Central legislator has blasted government officials pushing through the nose the number plate GPS tracker which is intended to cost not only the taxpayer billions of shillings but as well as individual vehicle owners.

Richard Sebamala, an engineer by profession, has once again raised the dust over the glaring holes in the vehicle tracking project which he says is aimed at enhancing security and safety in the country.

Gen Katumba Wamala, minister of works and transport, has been given the full mandate of tracking vehicles from entry to final usage with the function of registrations handed to his docket.

This comes at the back of rising criminality in the country which has included assassinations for prominent people. President Museveni has directed that every vehicle be installed with a vehicle tracker to ensure that every user could be located when the need arises.

To fully locate vehicles, URA has been directed to hand over matters of vehicles to Katumba’s ministry which will oversee the enter machinery following vehicles.

However, the influential MP on the Infrastruture committee, said it is a violation of the privacy of Ugandans to track their whereabouts. He warned that the state is likely to abuse the facility.

It should be noted that immediately after the President’s State of the Nation address mid-year, the Bukoto Central MP who defeated Vice President Edward Kiwanuka Ssekandi to join the eleventh august house, has been hitting hard against this project which has been awarded to the Russian firm, Joint-stock Global Systems under the project dubbed intelligent transport monitoring system.

While appearing on CBS radio and Kingdom Radio owned by Bishop David Kiganda and a few other stations, Sebamala has explained the illegality in the vehicle tracking instruction.

“It is an infringement on the privacy of people given under the article 27 section 4 of the constitution of Uganda,” Eng. Sebamala said, adding that the vehicle tracking instruction should be preceded by a proper legal framework.

Comparing the vehicle tracking policy of the United Kingdom, Sebamala said that the UK policy managed to embed five regulations;

3. The protection from harassment act 1997

4. Regulations of investigatory powers Act of 2000

However, Sebamala, explains the system in Uganda is illegal and should be dropped immediately and follow the rightful procedure.

He advised that a committee of parliament should be created to benchmark this policy prior to implementation, let alone the fact that the elite citizenry believes that the government’s intentions to track vehicles are beyond security and their safety. Sebamala said that at the heart of this project is human surveillance and he wondered why this sensitive matter should be hurriedly implemented.

Sebamala is in complete disagreement with the fact that tonnes of money are going to be dispensed to a foreign company yet our Ugandans can ably put this under implementation using our IT university departments and other experts. The government, therefore, is depriving Ugandans of jobs they can earn from if this policy is implemented.

“In these hard times of Covid, it is not time for the country to dispense billions of money to foreign companies but rather to consolidate everything that can be saved. This looks like a lucrative deal for a few well-known government officials.

In the aftermath of the assassination attempt on Works minister, Gen Katumba Wamala, the President said in the state of the nation address that Uganda would be mandated to install the tracker at their number plate at their own expense.