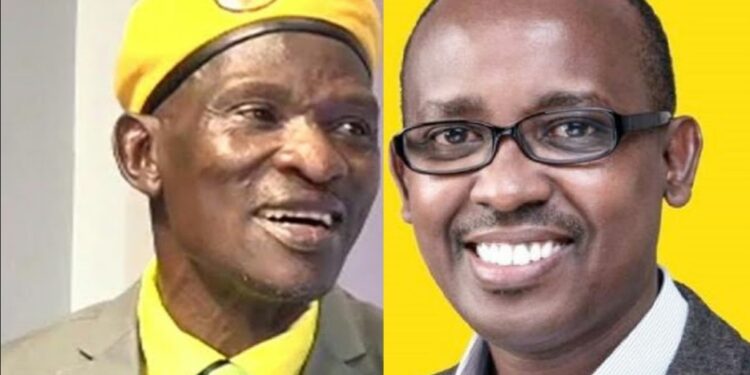 Senior presidential advisor on press matters Mr. Tamale Mirundi is due to meet his match for his uncensored words, after desciples to Mr. Odrek M. Rwabwogo warned him today, to stop defaming their celebrity and role model.

In a letter dated November 2nd, 2021, through their general secretary Mr. Musa B. Rwamigoye, these people under their umbrella “Disciples of Odrek M. Rwabwogo”, allege that Mr. Mirundi has been spreading untrue assertions and false allegations intended to injure the reputation of their role model, something which is tantamount to civil defamation.

“Sir, it has come to our attention that you have always been found of making and spreading false allegations and misleading statements on our role model Mr. Odrek M. Rwabwogo,” reads the note.

Such acts of appearing on Television and radio shows to just talk whatever he feels like about different personalities is yet to land him in peril. According Mr. Rwabwogo’s fans, this is tantamount to defamation and character assasination.

Defamation refers to the printing, or uttering a statement that is likely to cause serious harm to a reputation of someone, amongst rightful thinking members of society.

They requested him to backtrack his actions of defaming their role model, else face serious reprisals, which among others include suing him in courts of law.

“Please you are advised that unless you stop making these slenderous allegations, we have a role to protect our national interests and our leaders from false accusations, blackmail and character assasination. We hope you will change behaviours,” reads the letter.

The said disciples also cautioned him to mind the language he uses while being hosted on different media shows. They contended that his major intention is to disgrace their celebrity, since he uses obscene and vulgar language, as evidenced in his video clips, which widely circulate on social media.

He was cautioned to cease the uncensored talk which they said would land him in serious danger, since it is intended to blackmail and injure their boss’ reputation. Mr.Tamale is yet to comment on the allegations.

Odrek M. Rwabogo is president Museveni ‘s son in law, who attempted to challenge Maj. Gen. Matayo Kyaligonza for the NRM chairmanship of western Uganda in 2015, before he was disqualified by the party’s Central Executive Committee (CEC)

Ugandan laws prohibits defamation, or the use of derogatory statements to injure someone’s reputation, and on conviction, the offender is likely to pay damages to the defamed.

Section 179 of the Ugandan Penal Code Act of 1950 states that any person who by print, writing, painting, effigy or by other means otherwise than solely by gestures, spoken words or other sounds, unlawfully publishes any defamatory matter concerning another person, with intent to defame that person commits a misdemeanour termed libel.