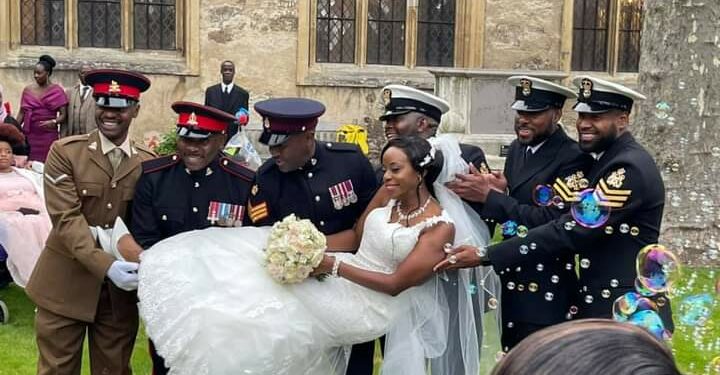 An official at the center of the probe into the corruption and financial mismanagement at the Uganda Printing and Publishing Company(UPPC) has been spotted in Europe despite reporting that he is admitted at Aga Khan Hospital in Nairobi in critical condition.

In August this year, the Minister for the Presidency Milly Babirye Babalanda, acting on a string of whistleblower reports ordered for investigations into the rot at the government parastatal.

In consultation with the Secretary to the Presidency Hajji Yunusu Kakande, and Attorney General Kiwanuka Kiryoowa, Babalanda suspended the Board, along with some top managers at UPPC to give way for the probe.

Dr. Patrick Ibembe, a powerful Board member in charge of the finance, investment, and Marketing Committee was among those interdicted.

Utilising the olive branch extended to the errant officials to regurgitate the stolen funds, repent, and get forgiven, Ibembe tendered in a resignation willfully.

As investigations drew deeper, detectives summoned the executive to report for  statement recording at the police’s CID Headquarters but he has been elusive since claiming he had traveled to Nairobi for specialised treatment for he suffered from COVID -19.

Images of the wanted Ibembe, in a very happy mood, surfaced last week while dancing himself silly at a wedding party reported being of a close associate in London, UK!

At the party, the relaxation on the face of the man wanted to answer a string of graft-related charges back home is one of a person feeling relieved after jumping from fire.

The appearance of Ibembe in London will serve as confirmation to media reports that the official had gone into self-exile to elude the long arm of the law.

At UPPC, Ibembe had until Babalanda’s interaction order been serving as Board Member in charge of the Finance, Investment & Marketing Committee.

He also doubled as the Board Chairman for Uganda Security Printing Company Limited (USPC), a sister entity to UPPC which is a joint venture company between the government of Uganda and a German Consortium – Veridos.

In some of the financial reports Ibembe presented to account for the missing funds, he reportedly indicated that some had been spent on facilitating reelection for some politicians, a claim most of the politicians implicated have denied.

He also named Kadaga’s Girl Child Support drives as a beneficiary project on which hefty sums were spent, along with other campaigns under the former Speaker of Parliament’s promotion.

Other monies were indicated to have been reportedly channeled to former presidency minister Esther Mbayo to facilitate her Luuka Woman MP bid.

They further showed that Haji Yunus Kakande, a Secretary in the Office of the President also reportedly got facilitation for work done for UPPC.

Other monies reportedly facilitated the Board Chairperson during the election period (whatever that means) and some to Ministry of Justice officials.

However, the officials being mentioned have denied the allegations, and investigators now want Ibembe to explain what he used that money for, and why he had to frame others; or else he coughs it.

Ibembe is also accused of being among the Board Members who allegedly took part in the changing of the Sales and Marketing Policy which saw hefty commissions being paid out, causing a financial loss to the corporation to tune of about 3 billion Ugx.

Also as per the UPPC Board Policy, Board members are not in any way commissionable, salary earners or neither is the Corporation in charge of their medical insurance but are paid a monthly retainer as per their appointment letters. However, this was not the case for the UPPC Board.

In June this year, Ibembe reported that he had been referred to Nairobi to be treated for COVID-19 related complications. While in Nairobi( a case which is still a subject of doubt), he influenced the Board to symphony large sums of money for his medical bills yet the policy at the corporation doesn’t provide medical insurances for its members.

The errant official didn’t only burden the organization with hospital bills but also received two million shillings from its coffers every week to facilitate his alleged stay in Nairobi. The money was reportedly sent on his mobile number as per the ongoing investigations.