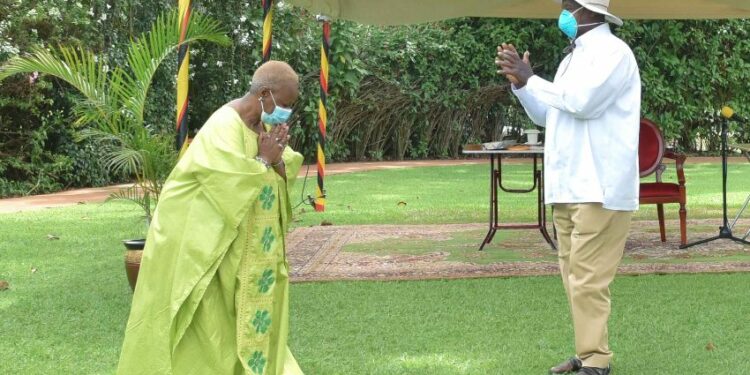 President Yoweri Museveni and the Special Representative of the Secretary General of the United Nations in the Democratic Republic of Congo and Head of MONUSCO Bintou Keitain having a chat after a meeting at the State House Entebbe on 26th October 2021. Photo by PPU/ Tony Rujuta.

STATE HOUSE, ENTEBBE: President Yoweri Museveni has today received and held a meeting with Mrs. Bintou Keita, the Special Representative of the United Nations Secretary General in the Democratic Republic of Congo and Head of MONUSCO, at State House, Entebbe.

The President and the U.N. official discussed matters pertaining to the security situation in the region one year after a similar meeting in which the envoy had assured the President of the UN’s new approach to address the peace process in the DR Congo following conflicts that had displaced thousands of people in eastern parts of the D.R. Congo

Bintou Keita, who heads the United Nations Organization Stabilization Mission in the Democratic Republic of the Congo (MONUSCO), briefed the President about the situation in DR Congo among other things.