Why state prosecutors ran to Speaker Oulanyah for help

On Tuesday this week the leadership of the Uganda Association of Prosecutors (UAP) an umbrella body that brings together all prosecutors in the country, ran to the Speaker of Parliament Jacob Oulanyah for help.

While meeting Mr. Oulanyah prosecutors majority of whom are employed in the Office of the Director of Public Prosecutions told Oulanyah that their welfare is too bad yet they do a lot of work like any other civil servants whose salaries keep on increasing.

UAP president Batson Baguma said their job is too risky however the government has deliberately ignored them. 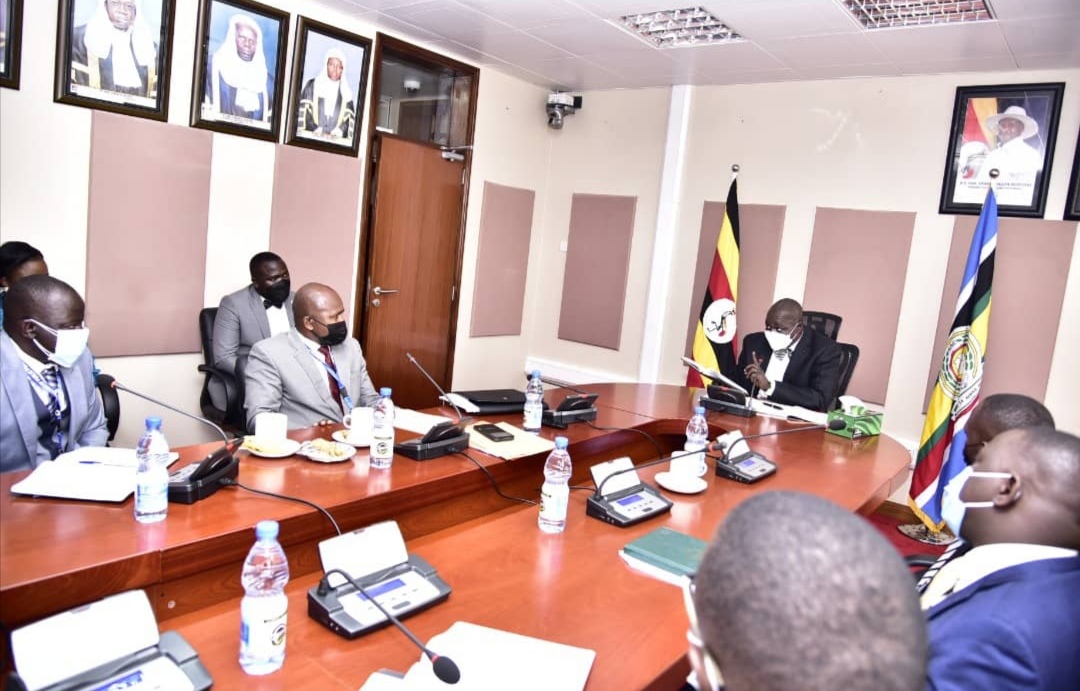 “Prosecutors handle and continue to deal with complex criminal cases including Terrorism, Murder, Treason, Robbery, Rape, Defilements, and Aggravated Trafficking in Persons, Embezzlement, and Corruption among others despite their risky and appalling conditions of service. As you may recall, Joan Kagezi the Senior Principal State Attorney was murdered while she was handling the 2010 Terror bombing case, and the case involving the killing of Muslim Sheiks. Most of the cases we handle not only stress us physically and psychologically but they also put our lives and those of our families at risk, however, we have been ignored.”

He added that despite the fact that they are the foot soldiers of the State and Government who ensure that criminals are removed from society in order that the country can enjoy and attain political, social and economic development and live in peace and tranquillity, they have always been left out when it comes to welfare and salary remunerations.

“Our work brings us into hatred with the enemies of the state who view us as being used by the Government. It is really disturbing that the very Government we faithfully serve does not recognize us let alone appreciate us.”

Among the challenges they presented before the Speaker is the stagnation in rank, Baguma noted that most the public prosecutors have served in the same position without being promoted for between 10 to 22 years despite the existence of very many unfilled positions in the structure. This has led to frustration and loss of morale amongst them.

“Your Prosecutors cannot afford the basic necessities of life which exposes us to perilous temptations, embarrassment and lack of respect in society. Many of our colleagues sleep in slums and eat in funny places which exposes them to danger from criminals they prosecute. It is a terrible mockery that a Prosecutor at whatever rank is given 46000/= as lunch allowance for a whole month” he said.

Baguma also revealed that public prosecutors lack facilitation in terms of transport, computers, medical insurance and decent accommodation, which makes them suffer the embarrassment of using Bod- bodas, residing in slums, eating in contemptible hideouts and sometimes going without food which puts their live-in temptation of misusing their office.
Heavy workload due to lack of enough manpower both Professional and support staff is also one of the challenges since currently, the Office of the Director of Public Prosecutions (ODPP) is operating at 40 percent capacity. On average, each prosecutor handles 20 -40 cases each day, this translates to 5200 – 7800 cases annually. On top of that, the prosecutor has to balance between perusing voluminous files, advising police on the line of investigations and sanctioning files for court processes.
Lack of an enabling law to effectively operationalize the ODPP and enable the institution to perform its constitutional mandate and Underfunding and budget cuts.

“The ODPP suffers gross underfunding and budget cuts. Recently our budget was grossly cut and we were not considered for Covid-19 funding yet we were expected to work even during the lockdown. This has caused High staff turnover whereby the best brain is leaving the institution in search of greener pasture. We also lack training opportunities especially in new and emerging trends in crime.

In their prayers, they want the government to waive tax on their salaries, elevate their salaries to a level equivalent to the salaries of employees in the Uganda Registration Services Bureau. They also demand the government to fast-track the enactment of the ODPP Act, Provide professional and Responsibility allowances to the prosecutors in the next financial year (2018/2019), facilitate the ODPP to better carry out its functions and restructure and Promote and fill all vacant positions.

Mr. Oulanyah promised to look into their issues and refer them to the Legal and Parliamentary Affairs Committee, however, urged them to also discuss their concerns with Attorney General Kiryowa Kiwanuka and the Minister of Justice and Constitutional Affairs. Because they are responsible parties who can table their issues before the Parliament.