Kanungu RDC calls for alertness as Ebola is detected in Congo 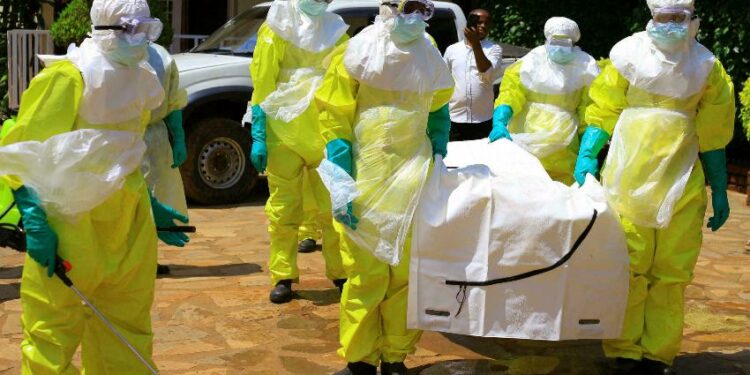 The Kanungu resident district commissioner Hajji  Shafiq Sekandi has called for vigilance at the border points as Ebola cases have been reported in the neighbouring Democratic Republic of Congo.

His call follows reports of an Ebola outbreak in the Eastern Democratic Republic of Congo which shares a border with Kanungu district.

Reports showing that there is an outbreak of Ebola in DR Congo around the Butsili area close to Beni,  a town that was in the epicentre of the 2018-2020 Ebola outbreak in Eastern DR Congo about 50Kms from Ituri province that neighbours Kanungu district.

He has directed the health authorities to properly screen all persons entering Kanungu, especially from the DRC so that Ebola cases and Ccovid-19 variants don’t cross to Uganda.