by Catherine Apolot
in National, News
21 2 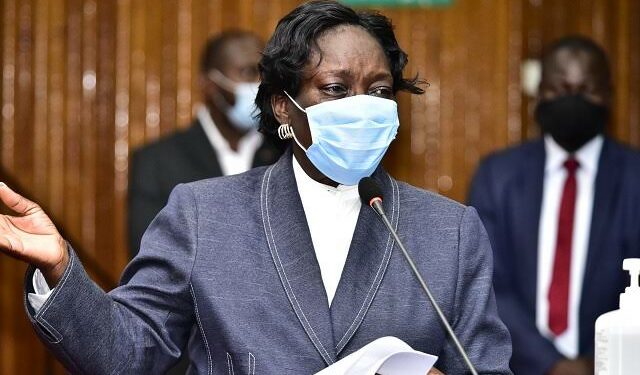 Parliament has granted leave to Kilak North MP, Hon Anthony Akol to table a Private Members’ Bill proposing extensive amendments to the Administration of Parliament Act which among others will make the Deputy Speaker, a member of the Parliamentary Commission.

The Bill seeks to repeal the Institute of Parliamentary Studies Act 2020, and reverse the institute’s autonomy, absorbing its staff back to the Parliamentary Service.

“…high growth rate of Government agencies in Uganda has continued to create jurisdictional ambiguities, drain the national treasury at the expense of effective service delivery, overstretch the capacity of Government to sustain agencies, cause salary disparities between agency employees and traditional civil servants leading to wastage of resources,” said Akol in defence of his motion.

“…the continued existence of a separate body corporate as an independent entity but still under the Parliamentary Commission runs contrary to the Government of Uganda decision to rationalise government agencies,” he added.

Clause 2 of the Bill seeks to bring the Deputy Speaker into the commission in his/her own right.

“The Commission shall be composed of the Speaker, the Deputy Speaker, the Leader of Government Business or his or her nominee, the Leader of the Opposition or his or her nominee, the Minister responsible for Finance and four Members of Parliament one of whom shall come from the Opposition and none of whom shall be a Minister,” reads Clause 2 of the Bill attached as required.

Being a Private Member’s Bill, Akol will be given technical assistance by Parliament and the First Parliamentary Counsel as required by the Constitution and the Rules of Procedure to draft the Bill, have it published in the gazette and later read for the first time with a certificate of financial implications issued by the Ministry of Finance.

It will then go through normal processes of Bills.