by Stephen Kalema
in News
36 2 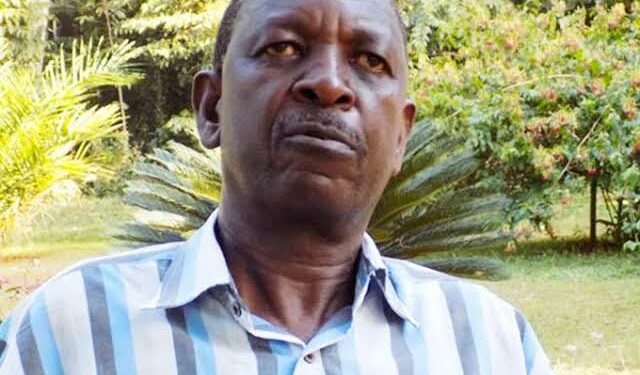 Col Frank Bagyenda Kaka, the former Director-General of the Internal Security Organization (ISO) has said the State made a big mistake of politicizing the recent spate of murders by panga wielding assailants in Greater Masaka region

During a news interview on CBS FM on Friday, Col Kaka said the moment issues of security get mixed up by people with political agendas, the culprits always go free thus not solving the problem.

The former Spy chief mocked some news agencies for not following clearly the genesis of the Masaka killings and ended up being driven by what he called the Mafia’s game plans of politicizing everything that happened in Masaka with the intention of lying to the President and also to get money.

“People should be more analytical especially on the insurgence of Bijambiya in Masaka. I have never seen any critical analysis in papers like what is the cause of this and why is it happening again? Bijambiya is not politics, these are individuals however the question would be who are these human beings that have never been discovered? When I took thugs to the island in Kalangala many media channels and Human rights activists came up and attacked me, now where are they on this issue of Bijambiya?” Kaka wondered.

“We set free these kifeesi who were on the Island, now who is following them to know what they are doing? Even Sobi who was at the Island in rehabilitation is now working with Balaam which is seemingly funny.”

Last month, Chieftaincy of Military Intelligence (CMI) operatives raided and searched a housing facility belonging to Col. Kaka over unclear circumstances.However, Col Kaka informed the media that there is an organized move to link his name to the Masaka machete-wielding killings.

“There is a plan to link me to the murders in the Greater Masaka region. They want to humiliate me but I am a humble person. You tell me to sit down in the mud, I will. Nothing in this world I haven’t gone through. I have seen a lot,” he said.

Over 28 people, mostly the elderly were killed in the Greater Masaka region.However up now the motive of the killers remains unknown.

Currently, two legislators Muhammad Ssegirinya (Kawempe North) and Allan Ssewanya (Makindye West) are on remand at Kigo Prison after being accused of being behind the Masaka murders. The legislators have since been charged with murder and attempted murder, Terrorism and abetting terrorism.

Ashburg Katto: The Unsung NRM Blogger Who Shuttered Bobi Wine’s Defences, Underestimate Him at Your Own Peril