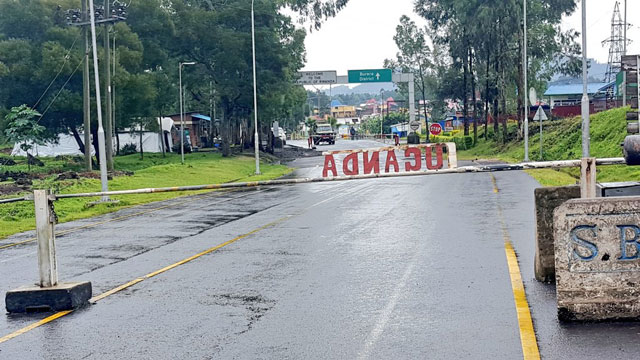 Two Ugandan teachers have been arrested in Rwanda.

Gloria Ayebare and Annet Kabanyena both residents of Kibumba village in Rwingwe parish, in Kisoro district are teachers at Maranatha Nursery and Primary School located in Rwanda’s north-western district of Rubavu.

According to Kabanyena’s close relative who spoke to our rreporter,Ayebare and Kabanyena informed them on Monday that they have been given a short holiday and they were travelling to Uganda for a visit.

He however said that family members waited for them to arrive at home in Kisoro on Tuesday in vain. According to the source, on Thursday, they were tipped by the victim’s friends in Rwanda that they were arrested and taken to an unknown destination.

He said that the victims’ friends revealed that Ayebare and Kabanyena were arrested while crossing the border into Uganda.

He says that Rwandan Immigration officials asked the family members to wait as they check in Rwandan prisons.

Ndagize said that as family members they are worried that the victims might be killed or tortured.

Captain Peter Mugisha, the Kisoro District Resident District Commissioner said that security in the district is aware of the victims’ arrest. Mugisha says that the victims have been teaching in Rwanda for the last seven years.

According to Mugisha, they have already contacted Rwandan authorities and were promised that the matter will be handled.

This is not the first time Ugandan teachers are arrested in Rwanda. Early this year, Alex Balikitenda from Kaliro district, Samuel Nalumenya Ablul Ssenono Mutwarib from Wakiso district, and Jethro Naturinda from Kabale district were arrested and sent to Rwenzamenyo- Nyamirambo detention centre until June when they were deported through Katuna Border in Kabale district.

The Uganda/Rwanda borders have been closed since February 27th 2019.