by watchdog
in News, World News
4 0 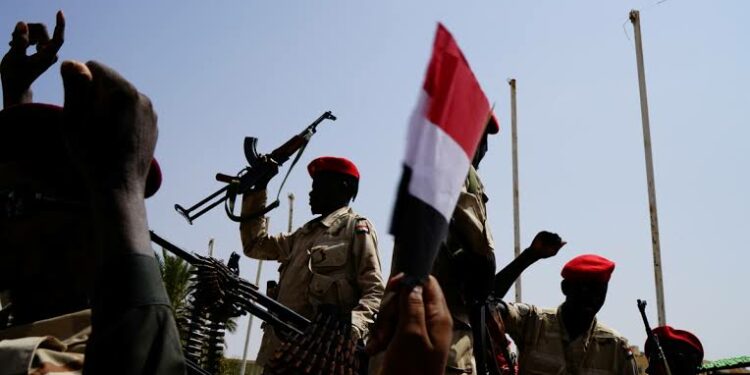 Sudanese authorities have contained a failed coup attempt and the situation has been brought under control, a member of the country’s ruling council told Reuters on Tuesday.

Interrogation of suspects involved in the attempted coup was due to begin and the military would issue a statement shortly, spokesman Mohamed al-Faki Suleiman said.

Sudan has been on a fragile path to democratic rule since the military’s ouster of the country’s longtime ruler Omar al-Bashir in April 2019, following four months of mass protests.

The country is now ruled by a joint civilian and military government that faces towering economic and security challenges.

‘Many questions remain’
“There are still a lot of questions about which group exactly is behind this and the purpose of the coup,” Al Jazeera’s Hiba Morgan reported from Khartoum.

Morgan said that Khartoum woke up to “what seemed like a pretty normal morning” with the exception that one of the bridges leading to Omdurman, the twin city of the capital, being blocked.

“There were tanks on the bridge preventing civilians from crossing and there were questions from the people as to why there were tanks,” explained Morgan. “Then came the report that there was a failed coup attempt.”

“Who exactly that group is and why exactly they staged a coup, that’s the question we are waiting to hear answers from the Sovereignty Council,” said Morgan.

Sudanese authorities reported that the military remains in control, while Sudan’s state-run television called on the public “to counter” the attempt but did not provide further details.

“All is under control. The revolution is victorious,” Mohamed Al Faki Suleiman, a member of the ruling military-civilian council, wrote on Facebook. He also called on the Sudanese to protect the transition.

A military official said an unspecified number of troops from the armored corps were behind the attempt and that they tried to take over several government institutions but were stopped in their tracks.

The official, who spoke on condition of anonymity because he was not authorised to brief the media, said many troops, including high-ranking officers, have been arrested. He did not provide further details, saying that a military statement would be released shorty.

Suleiman said that the interrogation of suspects involved in the attempted coup on Monday was due to begin and the military would issue a statement shortly.

Sudan has been on a fragile path to democratic rule since the military ousted the country’s longtime autocratic ruler Omar al-Bashir in April 2019, following four months of mass protests.

The country is now ruled by a joint civilian and military government that faces towering economic and security challenges.