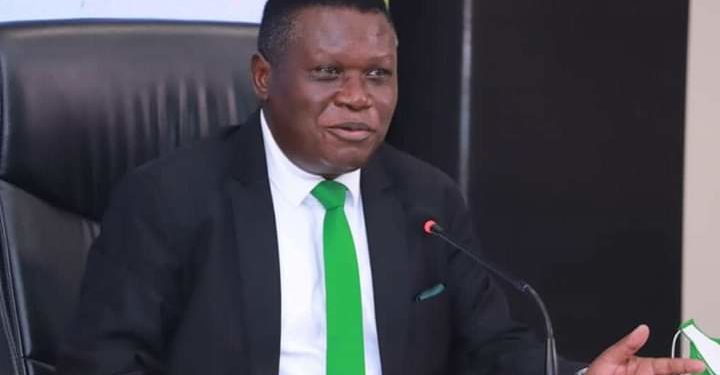 The Democratic Party (DP) president Nobert Mao has told the leadership of National Unity Platform (NUP) that in order to ensure effectiveness of their struggle they should join the inter-party Organization for Dialogue (IPOD). This, Mao says will help them fulfill their political endeavors when they are close to their opponents.

Appearing on NBS TV’s Frontline show on Thursday, Mao said that there is no way someone will assure the public that they  wants change when they don’t want to dialogue.

“The headline that IPOD threatened as NUP pulls out is wrong because NUP has never joined. How do you pull out of something you have never joined? -Is there a need for a forum like IPOD? There is a need. Does any party have a right to refuse to join? It is voluntary. We will try to convince all political parties in Parliament to join IPOD because it is worth it,” the former presidential candidate noted.

“It is true that political parties are supposed to be equal, but we know even in Parliament, we are not equal. Let’s be realistic, if you need the struggle to continue you better join the IPOD and struggle within.”

However, NUP’s Secretary-General David Lewis Rubongoya told him that their refusal to join IPOD is a decision based on principle claiming that the dialogue is a photo opportunity for Mr. Museveni. He noted that President Museveni uses taxpayers’ money to throw favours around and recruit opposition members.

“We don’t agree that if you don’t join IPOD, therefore, you are anti-dialogue. Ours is a decision based on conviction. As long as the core benefits are not achieved, we would rather miss it. The idea is to keep you busy in dialogue while they are crashing you. You don’t need to join IPOD to know that it is a joke. Therefore I call upon ordinary citizens to continue struggling to better this country. I believe that time will come when this country will have genuine dialogue.”

Early this month, Rubongoya revealed that the Kamwokya based political party was not going to join IPOD.

In a letter dated 2nd September,  Rubongoya told the IPOD Executive Secretary Frank N. Rusa that NUP was not willing to join the dialogue because it was a platform that has largely been used to legitimize a brutal regime that has no regard or respect for democracy.

“The regime uses it (IPOD) for political gain, far from its intended objective of strengthening Uganda’s multiparty democracy. You will agree that in the past ten years of IPOD’s existence in Uganda, the democratic space has shrunk, going from bad to worse every successive year,! “Rubongoya said.

Rubongoya also said that serious discussions about Uganda’s future have been denied audience within the platform and hence NUP is not keen on being part of an exercise that is used as a facade to legitimize an otherwise illegitimate rule.

“We have taken time to study the discussion that has taken place in IPOD over time. In our assessment, the regime has turned it into a forum in which party principals meet for a cup of tea, followed by a photo opportunity.”

IPOD was set up in 2010 to bring together leaders of all political shades in the country to foster a strong and vibrant multiparty democracy in Uganda based on the peaceful co-existence of all citizens to work harmoniously.

The platform brings together all of Uganda’s parliamentary political parties.