by Mubiru Ivan
in National, News
1 1 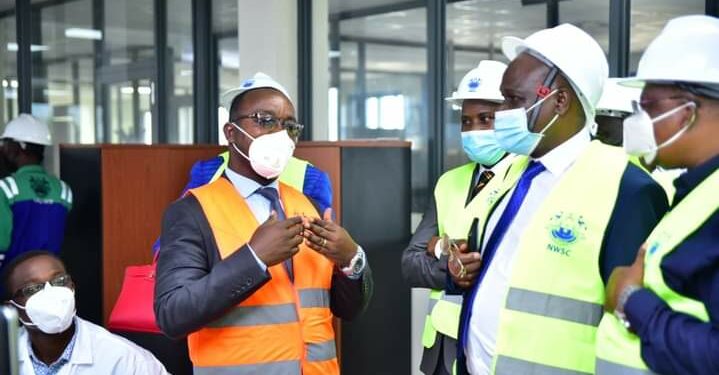 The Parliamentary Committee on the Environment and Natural Resources has commended NWSC for it’s commitment towards provision of clean safe water and sewerage services to the people of Uganda.

The salutations were made by its members during a visit to the newly completed Katosi water Works.

The legislators noted that the project was completed on time and within cost as per financing obligations that Parliament set during the loan approval process in 2011 and 2019 respectively.

“We’re happy to witness value for money upon completion of the Katosi water project. This is a success story and great stride towards the achievement of SDG6 and transformational agenda of Uganda.” Committee chairman Hon. Dr. Emmanuel Otiam Otala said.

He further commended the utility for the ongoing innovations i.e the proposed Captive Insurance and Construction companies among others, which he says will not only promote local content, but also make monetory savings for NWSC.

NWSC Board chairman Eng. Dr. Prof Badru. M. Kiggundu called on the committee to support NWSC address the patent challenge of limited financing which has affected service coverage acceleration to all corners of the country.

Using 1990 as the base year Dr. Mugisha reported that NWSC has achieved the following;