by watchdog
in National, News, Sports
1 0 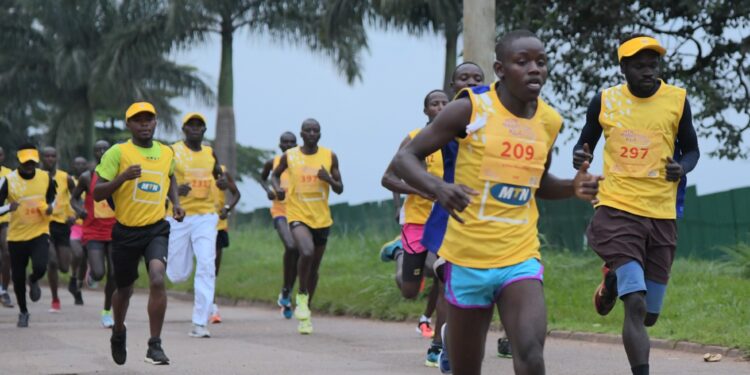 The recent performance of Uganda’s athletes in the just concluded 2020 Tokyo Olympics was nothing less than an active demonstration of how the sport of Athletics has grown by leaps and bounds over the years, placing the country in the second position in Africa and 36th globally as per the Tokyo Olympics performance rankings.

Although the sport had earned Uganda two gold medals in the past, the first time in Munich (1972) and the second gold medal in London (2012), never had the county witnessed a double gold medal win in the Olympics.

In terms of the total number of medals won in a single Olympics season, 2020 remains the most outstanding year for Uganda at the Olympics, with a total of Four medals (2 gold, 1 silver and 1 bronze).

Renowned “father of Ugandan Athletics”, John Akii-bua was the first ever athlete to win Uganda her first ever gold medal in Athletics from the 1972 Olympics held in Germany, Munich. It took the country another 24 years to make a podium appearance in athletics and in 1996, Davis Kamoga brought home a bronze medal from the men’s 400m race in the Atlanta Olympics.

The Olympics medal drought dragged on for another 16 years until the 2012 Olympics when Stephen Kiprotich revived the country’s glory by getting the country’s second ever premium gold medal, 40 years later. This glorious win brought Uganda her third ever medal in a sport that has come to be known as Uganda’s golden sport.

Although the team did not register much luck in the 2016 Rio De Jeneiro Olympics, the 2020 Tokyo Olympics saw the team rewriting history as the recent exploits of Ugandan Athletics team has placed the country at a commendable position in Africa and beyond.

The growth of Uganda’s athletics can not be exhaustively be discussed without mentioning the government’s efforts as well as the supportive role tireless played by corporate companies to uplift the sport over the years.

A key contribution to the country’s Athletics in recent times is the MTN Kampala Marathon, which for the last 17 years and counting, remains the biggest sporting (Athletics) event in the region. But beyond being a massive event, it has, according to the Uganda Athletics Federation (UAF) provided a launch pad for the recent upsurge in the sport’s performance through providing a competitive platform for the athletes who in prior to the MTN Kampala Marathon had no experience in competitive athletics, especially in the long-distance races, that Uganda has become popular for winning.

It has been severally quoted that Akii-Bua, despite finishing fourth in the 1970 Commonwealth Games and running the fastest time of 1971, he was not a big favourite for the 1972 Summer Olympics in Munich, having limited competitive experience (Wikipedia).

While commenting about MTN’s formidable role in uplifting Uganda’s Athletics, Dominic Otucet, the UAF President said that the MTN has tremendously boosted the sport through its continued support of the MTN Kampala Marathon which has over the years provided a platform for various athletes to acquire competitive experience in the sport.

“The passion that MTN has towards the golden sport of athletics can be seen through their tireless and zealous support towards the Uganda Athletics Federation over the years,” said Otucet who also presented MTN Uganda and the MTN Uganda CEO, Wim Vanhelleputte with two certificates of appreciation to the company for its tremendous support of athletics over the years, during an event at which MTN was rewarding the athletics federation for their great performance at the 2020 Tokyo Olympics.

Worth noting is that famous gold medalists such as Dorcas Inzikuru and Stephen Kiprotich bolstered their confidence to compete internationally, having participated in the MTN Kampala Marathon that gave them an opportunity to compete with fellow top athletes from the neighbouring countries. The MTN Kampala Marathon that is known to attract the best talent in the East African region from countries such as Kenya, Ethiopia and Eritrea among others since it is by far, the biggest athletic event that has not only boosted confidence for Uganda’s athletes but also for the athletes in the region.

In addition to the sponsoring the MTN Kampala Marathon, MTN has invested heavily in sports through funding the grass roots athletics development programs to nurture athletics talent in the region.

Recently while rewarding the Olympics athletics team that represented the country in Tokyo, MTN Uganda committed Shs.100 million towards the accomplishment of the Joshua Cheptegei Training center in Kapchorwa, a facility that is envisaged to nurture more talent in the sport that has earned the country the most outstanding accolades globally.

This February, MTN Uganda agreed terms with the world athletics champion, Joshua Cheptegei to become the brand’s ambassador. Under the arrangement, MTN contributed UGX 100 million towards the Joshua Cheptegei Foundation – that is working to develop and provide a platform for young and budding athletics talent. In the same spirit, MTN will continue to provide a stage to showcase other budding athletes through the MTN Kampala Marathon.

“MTN is leading by example in supporting athletics and other sports. I pray that other corporate companies can also do the same. I thank MTN for believing in Athletics and for believing in me and contributing generously towards the completion of my facility. The facility will help build the sport in the country,” said Cheptegei, who is intent on winning more gold from the 2024 Paris Olympics.
Vanhelleputte pledged MTN’s continued support to the sport through the Uganda Athletes Federation.

“We salute the big strides the sport is making, and we remain committed to facilitating the progress and success of Ugandan Athletics through our partnership with the federation,” Vanhelleputte said.

Athletics is but one of the many sports that the telecom is supporting in the country. Besides Athletics, MTN is also the official broadcast partner of the StarTimes Uganda Premier League and official sponsor of Onduparaka FC as well as KCCA FC.

To better support the growth of local sports in the country, MTN Uganda recently launched a dedicated sports website in a bid to deliver un paralleled sports information to all the lovers of Ugandan sports. Visit sports.mtn.co.ug to catch the latest in your favourite sport and to know more about your favourite sports personalities, features and more.