by Stephen Kalema
in News, Politics
34 1 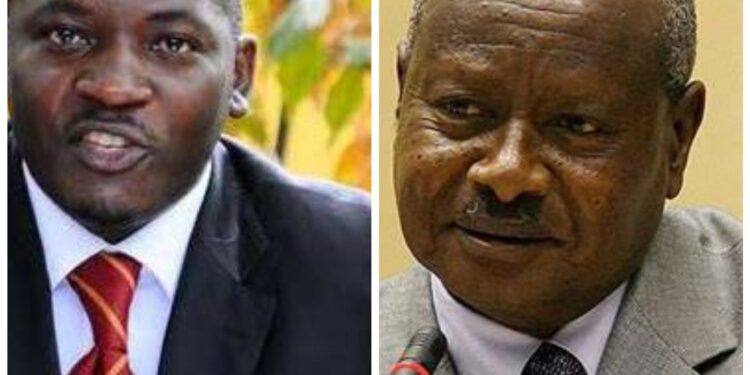 Mathias Mpuuga, the Deputy President of the National Unity Platform (NUP) in charge of the Central region has said they cannot have a dialogue with a master of criminality and brutality like President Yoweri Museveni.

During an interview with France 24’s Marc Perelman early this week, Museveni said he was open for dialogue with opposition members including Bobi Wine.

“We have always dialogued with those groups including Bobi Wine if he wants. We have invited them to what we call the IPOD. Others have come but I did not see Bobi Wine but all the others came,” said President Museveni.

However, during the press conference held at NUP’s headquarters in Kamwokya on Thursday, Mpuuga who also doubles as the Leader of the Opposition in the Parliament said their party is not ready to seat on a round table with Museveni, a leader who doesn’t respect human rights and uses security forces to commit attrocities against his opponents.

“To dialogue about criminality and illegality? So you incarcerate your opponents and at the same time you invite them to negotiate? about what? Their arrests? Or to do what? Does he want us to go and pay for their release? Probably let him raise an invoice we shall pay,” Nyendo-Mukungwe MP noted.

Mpuuga’s remarks come hot on the heels of NUP’s refusal to join the Inter-Party Organization for Dialogue (IPOD).

In a letter dated 2nd September, NUP Secretary-General David Lewis Rubongoya told the IPOD Executive Secretary Frank N. Rusa that the opposition party was not willing to join the dialogue it was a platform that has largely been used to legitimize a brutal regime that has no regard or respect for democracy.

“The regime uses it (IPOD) for political gain, far from its intended objective of strengthening Uganda’s multiparty democracy. You will agree that in the past ten years of IPOD’s existence in Uganda, the democratic space has shrunk, going from bad to worse every successive year,! “Rubongoya said.

Rubongoya also said that serious discussions about Uganda’s future have been denied audience within the platform and hence NUP is not keen on being part of an exercise that is used as a facade to legitimize an otherwise illegitimate rule.

“We have taken time to study the discussion that has taken place in IPOD over time. In our assessment, the regime has turned it into a forum in which party principals meet for a cup of tea, followed by a photo opportunity.”

IPOD brings together political parties with representation in Parliament with an aim of addressing challenges affecting Uganda.