by Mubiru Ivan
in National, News
40 1 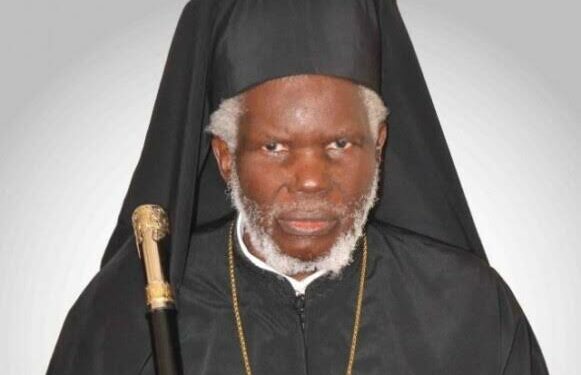 Archbishop Lwanga died on Sunday from Athens, Greece and according to Reverend Father John Kibuuka Bbosa, an autopsy report provided to the Church on Monday evening confirmed the cause of deceased prelate’s death.

The Church has also revealed that the body of Archbishop Lwanga is expected to arrive in Uganda on Friday morning.

Reverend Kibuuka, who is also the chairperson- Board of Trustees at the Orthodox Church, further disclosed that there would be special prayers for the fallen cleric tomorrow, which will be mainly attended by Ugandans living in Greece and neighboring countries.

“After prayers on Thursday evening, his body will be taken to the airport and flown to Uganda. We are expecting his body in the early hours of Friday if all goes well.” he said.

Archbishop Lwanga has been the Metropolitan of Kampala, Uganda and Central Africa under the Eastern Orthodox Church of Alexandria.

Born 18 July 1945 in the village Ddegeya, Uganda, Lwanga’s grandfather, Obadiah Basajjakitalo, was one of the two initial leaders of the Orthodox Church in Uganda along with Ruben Spartas Mukasa.

He completed his general education in Bulemezi and Kyaddondo, Uganda (1952-1964).

In 1964-1968 he studied at the Ecclesiastical School of Crete. Between 1968-1978 he attained a degree in Theology and Philosophy from the University of Athens.

In 1979−1981 he served as Secretary of the Orthodox Mission in Uganda.

On 27 January 1992 he was ordained vicar Bishop of Bukoba.

On 12 May 1997 he was elected by the Holy Synod as Metropolitan of Kampala and All Uganda.