by Mubiru Ivan
in National, News
38 0 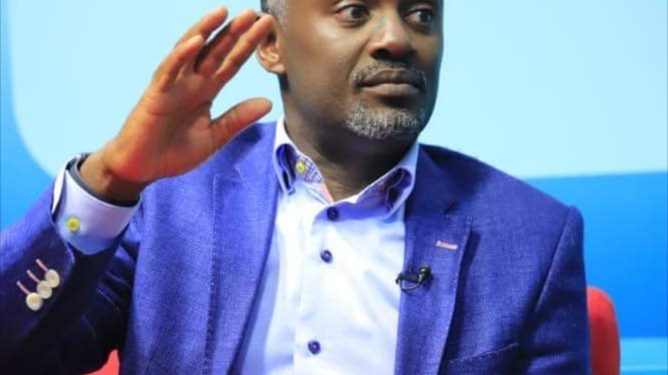 Mwenda says the way Victoria University Vice Chancellor Dr Lawrence Muganga was arrested was uncalled for and that what security agencies should have done was to invite him for questioning before detaining him.

“Why do Ugandan security agencies use methods last employed by Idi Amin’s goons to arrest people? Couldn’t they have invited Lawrance Muganga, the vice chancellor of Victoria University, to police for questioning and then detain him? What is so hard with acting civilized?”Mwenda tweeted in Friday.

The Uganda People’s Defence Forces (UPDF) Spokesperson Brig Flavia Byekwaso said on Thursday reports that Dr. Muganga was kidnapped were false but rather he was arrested by the armed forces in connection with espionage and illegal stay in Uganda.

“Social media reports that Vice-Chancellor Victoria University Dr. Lawrence Muganga was kidnapped are false. He was arrested by joint Security Forces in connection with espionage and illegal stay in the country. Investigations into the matter have commenced,” Brig Byekwaso tweeted on yesterday.

Speaking to Watchdog Uganda, the management of Victoria University said they are ready to cooperate with security agencies in case they want to make any inquiries about Dr Muganga.

Dr. Muganga was dragged from his office at Victoria University in Kampala by armed plain-clothed men on Thursday afternoon under the watch of helpless private security guards manning the building. He was whisked away in a  drone van to a yet-to-be-identified location.

Whereas in one of the charges, the army says Dr Muganga was arrested over illegal stay in the country, it has emerged that the Vice-Chancellor owns a valid Ugandan National Identity Card.

Who is Dr Lawrence Muganga, Victoria University VC being accused of espionage, illegal stay in Uganda?

Who is Dr Lawrence Muganga, Victoria University VC being accused of espionage, illegal stay in Uganda?