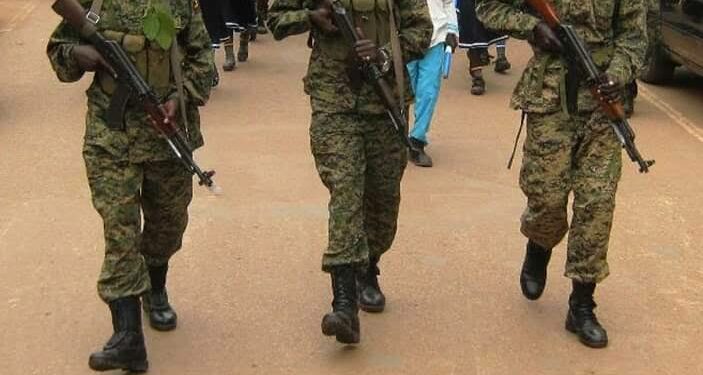 A boda boda cyclist in Kabale Municipality has lost an eye during a scuffle with Uganda People’s Defence Forces-UPDF soldiers patrolling the area.

The victim who is currently hospitalized at Terrace land Clinic has been identified as John Bosco Akampurira, a boda boda rider at Kabale University Stage and a resident of Kamatojo cell, Mwanjari Ward Southern Division in Kabale Municipality.

In an exclusive interview with our reporter at Terrace land clinic, Akampurira narrated that he was on Tuesday 24th August 2021, at around 8pm whipped with a wire on his left eye by the UPDF personnel on patrol in Kamatojo cell.

Akampurira stressed that after the security operatives realized that his eye was damaged and severely bleeding, they took off immediately leaving him with his motorcycle in a very severe condition where he was later rescued by good Samaritans.

According to Akampurira, the good Samaritans rushed him to Rushoroza Hospital for first aid where he was later referred to Kabale Regional hospital for advanced medication.

He revealed to our reporter that he was on 25th August 2021 hinted by the the doctors at Kabale regional referral Hospital on how his left eye had been damaged and so needed to be operated and removed before referring him to Terrace Land Clinic.

At Terrace Land Clinic, Akampurira was charged Shs 400,000 where he was successfully operated and the eye removed.

It was discovered that after his continuous efforts to seek assistance from the heads of Security, Akampurira was given Shs100,000 from the UPDF.

In response to the our call, Lt. Col. Robert Nahamya, the UPDF 19th Battalion commander noted that they are already aware of the act and they have sent a team of investigators to the scene in Rushoroza and also confirmed that Shs 100,000 given to Akampurira to assist him.