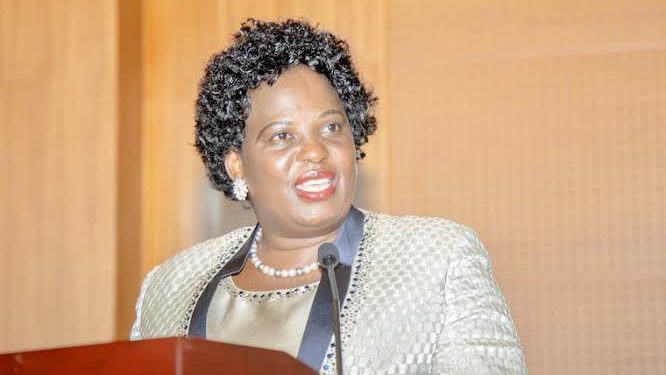 Uganda has been gripped by excitement following reports of the impending arrival of over 2, 000 refugees from crisis-torn Afghanistan.

Early this week, the government announced that as many as 2, 000 refugees from Afghanistan were to seek refugee in the country, with the first batch of 500 expected as early as yesterday.

For the very first time in the recent past, Ugandans seem to strongly agree with the government’s move, with some appealing that some refugees from south Sudan be sent to to Democratic Republic of Congo (DRC) to create room for more of their counterparts from Afghanistan.

Following the frenzy however, Hon Betty Amongi, the Minister for Gender, Labour and Social Development had no kind words for specifically men with lamenting pockets and purses.

Although she seems appreciative of the cooperation exhibited by the majority of Ugandans, especially on the internet, the Minister, in her Wednesday tweet made her feelings known while saying she only hopes the men jumping up and down over the prospecting of having the refugee women are not particularly those from the stingy men’s Association.

“I have seen our Ugandan men praying forsake landing of Afghanistan refugees and sharing photos as bellow. They are promising total cooperation with government this time on this project! Hope it’s not Stingy men’s Association,” Amongi tweeted.