Shock as man attempts to burn wife for denying him sex 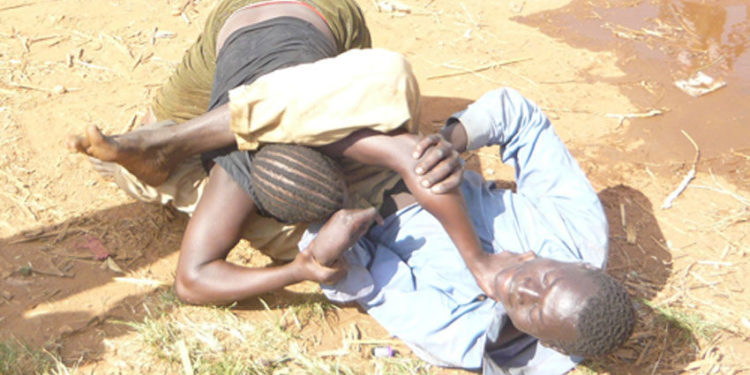 A man in Rubanda District has attempted to kill his wife for allegedly denying him sex.

Kwesiga Denis aged 34, a resident of Bigyegye village in Muko Sub County on Sunday evening burnt his house while expecting that his wife was inside.

At around 5:30 pm, Kwesiga went home with anger determined to end the life of his wife Ahimbisibwe Rachael for allegedly denying him sex and starving him for a long time.

Ahimbisibwe aged,35 who got married to Kwesiga 5 years ago, survived the death by God’s grace since the house was torched when she had just moved to the neighborhood.

Conflicts between the couple started some weeks ago over marital issues.

Kwesiga has been leaving home every day in the morning and returned home late in the night which annoyed his wife. It became his daily routine and the Ahimbisibwe could not control her anger thus deciding to teach him a lesson through denying him sex.

On Sunday evening, concerned citizens from Bigyegye village were shocked to see Kwesiga’s house on fire and rushed to the scene. It was later discovered that Kwesifa wanted to kill his wife by burning her inside the house.

Kwesiga was immediately arrested by angry neighbors who tied him and interogated him. He accepted that he wanted to finish off the wife for excessive punishment of denying him sex and food. The wife also admitted that the husband became a ‘useless’ and forgot all his family obligations which extremely angered her.