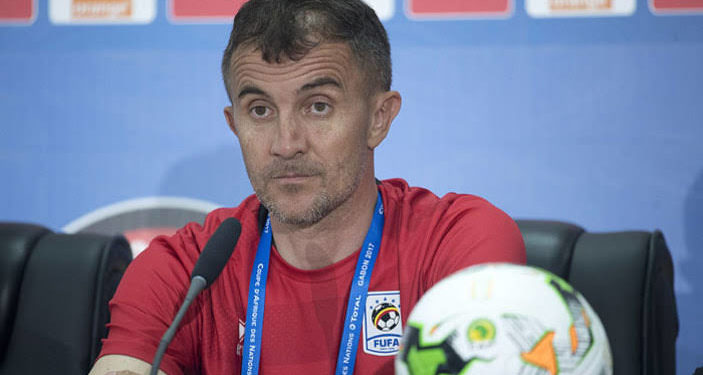 “The Head coach has a contractual mandate to name his backroom staff.
Mr. Milutin Sredojevic will address the media on Tuesday 3rd August 2021,” FUFA said in a statement on Tuesday.

In 2017, Micho terminated his contract with the FUFA citing outstanding debt of salary and bonuses of Shs 230million.

“I will remain available to assist any coach that comes after me” he said.

Micho replaces Johnathan McKinstry who was sacked in April this year.

On 4 September 2016, Micho led the Uganda Cranes team to qualifications for the Africa Cup of Nations for the first time in 38 years.

The Cranes finished the qualification round very strongly as Group D runners-up, behind west African side Burkina Faso who needed a late win over Botswana, with 13 points safe in the bag, Uganda finished as one of the two best group runners-up to finally progress to the elusive stage.

The Africa Cup of Nations draw placed Egypt, Mali and Ghana in Uganda’s Group D. On 7 January 2016 Uganda attained the best ever position on the FIFA rankings in the 62nd out of the 209 FIFA Member Associations.Micho guided Uganda after 38 year old jinx to qualify for the biggest continental football fiesta – the African Cup of Nations, Farouk Miya scored 1–0 against the Island nation, Comoros in the 35th minute.

Micho takes credit for developing the goalkeeper Denis Onyango, who has just been named African Player of the Year based in Africa for 2016, having worked with him in his first spell in Uganda. In December 2016, Micho was among the nominees for the prestigious CAF Coach of the Year Award following his exploits in 2016.Uganda was voted as a national team of the year 2016 in CAF awards Micho has so far won 14 league titles in five different big clubs in the African continent.