by Stephen Kalema
in National, News
28 1 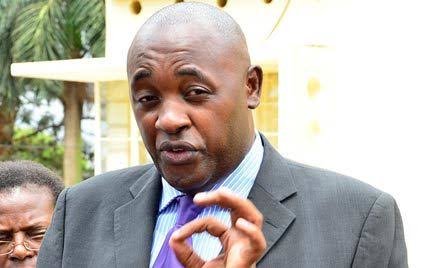 The Minister of Information, Communications Technology and National Guidance Dr. Chris Baryomunsi has confirmed that government has  temporarily blocked simcards of those individuals who received Covid-19 relief funds more than once.

Dr. Baryomunsi said on Thursday that the simcards of those who benefitted more than once will only be unblocked after returning the exra money they received.

“We believe there was a mistake as they were sending money, so we want to recover the extra after that, the affected simcards will be unblocked. This is not a problem, they blocked their numbers because the senders (telecom companies) made mistakes and we cannot blame them. So what they are doing is to see that they recover some money before some people use it all.”

One of the victims (name withheld) is a resident of Luzira who said that his simcard was blocked on Wednesday and up now he cannot make any transactions.

“I received Nabbanja’s money twice on my Airtel line but surprisingly I had not even registered for this relief, so I don’t know where they got my number and all the credentials. When I received the money I withdrew all of it and went shopping. However, yesterday my line was blocked I can’t make any transactions and when I inquired from the customer care center they told me that because I received Nabbanja’s money twice and withdrew it all that is why it was blocked,” he said.

“They told me that I was supposed to withdraw only 100,000 only and send back the other Shs100,000. I told them this money came on my line and of which I didn’t even register for the relief funds. I used the money for shopping 25kgs for rice and posho, charcoal, cooking oil, and 10kgs of beans and it was over. So where I’m going to get it?” he further asked.

Last month, when President Yoweri Kaguta Museveni imposed a 42 day Covid-19 lockdown, government came out with a program of giving out Shs100,000 to each vulnerable Ugandan living in the suburbs of all cities and municipalities as a relief to help them as they pass through the lockdown.

A total of 501,107 vulnerable people where supposed to benefit from the relief cash.