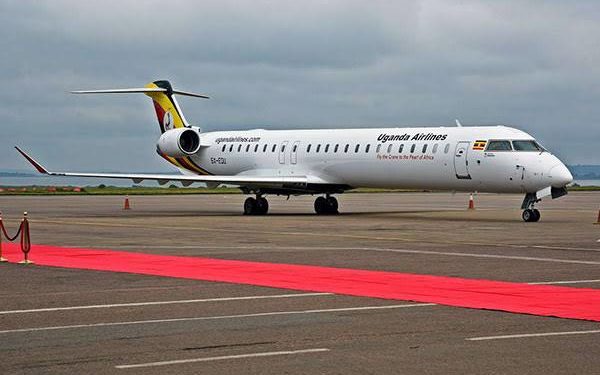 A former Uganda Airlines employee has revealed how unscrupulous officials in the National carrier worked closely  With dreaded Kampala businessmen and powerful regime protagonists to make billions of shillings out of smuggling alcohol into Somalia’s capital Mogadishu.

A source within the airlines confirmed to this newswebsite that this illegal trade started last year until March 2021 when the Somali government netted the racket, a matter that led to the grounding of one of the aircraft. It took the intervention of President Yoweri Museveni and Uganda Peoples Defence Force (UPDF) to have the plane released.

The irregularities at the airlines prompted President Museveni to order the minister of Works and Transport Gen Edward Katumba Wamala to suspend Uganda Airlines’ top management including its Chief Executive Officer Cornwell Muleya in May.

The top officials are currently on a three month forced leave pending an investigation into mismanagement of the national carrier. However they are doing whatever they can to sabotage the investigations since the findings could soon catapult into their arrests.

As a way of saving himself from the sinking boat, Moses Kisembo who was a duty manager by that time, has confessed that its indeed true, alcohol was smuggled and transported as cargo destined to Juba-South Sudan but ended up in Mogadishu.

It’s believed that the ‘cartel’ involved in the smuggling is composed of DAS Handling company, Uganda Airlines top bosses at Entebbe and some rogue soldiers in the African Union Mission in Somalia (AMISOM) based in Mogadishu.

In a detailed letter seen by this website, Mr. Kisembo explains what exactly happened on a fateful day.

The day alcohol was smuggled, It was me on duty that day but I was at counters supervising check-in and when it was time to board I passed figures to OCC as Das people passed figures to their counterparts at sorting area we confirmed the bags of that day sorting had received I remember like 44 so we led passengers to aircraft and all bags had been loaded prior to my coming down with passengers.

I am required to sign a baggage reconciliation which I did and my bags at counters checked and the system were tallying with what was presented to me. That day had worked night around 8am I went home later around 10 am Kinalwa calls that the plane to MGQ had alcohol I was equally perturbed because there seemed nothing peculiar that day.

Investigations were done by DAS security Specioza khaisa (Mgr security DAS) police and Joint security at airport the loaders and security on the aircraft that day were fired those from DAS.

Police requested for all my numbers to see if I talked to these people nothing was found because I didn’t know them I didn’t see the bags either my official bags in the system tallied with what I signed for.

But later stories started coming out how this was planned the alcohol had been in URA since Feb that fateful, morning they pulled it out purporting it was going to Juba the customs official accompanied them up to the ramp and went back these people took it to sorting area tagged it manually and that day we were using system-generated tags mixed it with what we had sent from counters drove it and loaded it. All this is on camera which I believe security still has.

The boys were interrogated and confirmed the alcohol belonged to a powerful man in UR HQS. All the security organs at airport are aware of this Capt Wegoye should call Specioza security manager DAS for the truth not even Dorcus-She can come in later because security is supposed to be deployed at the aircraft stand where were they?