by watchdog
in Conversations with, News, Op-Ed
5 0 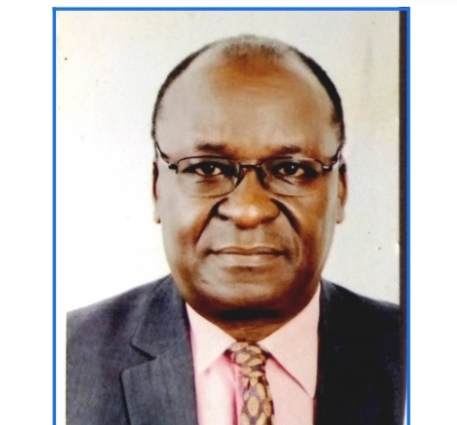 Buganda is a Kingdom that has been in existence for centuries. Buganda has a strong culture and a set of traditional systems it believes in. Buganda also occupies a very strategic area in terms a friendly environment, fertile land, several minerals and natural resources including natural forests, fresh water lakes and rivers and vegetation. In modern days, one would call Buganda a self-contained state / nation.

Buganda is a lovely place to live in and I have heard many people from different parts of this country and elsewhere in the world wishing to settle in Buganda. No wonder there are a number of people from Eastern Uganda and from my clan who settled in Bugerere, from West Nile settled in Bulemezi and from several parts of Uganda who are in Kyadondo and Busiro.

Prior to the coming of the Europeans and Arabs, Buganda had a governance and an administrative structure and system that was accepted and respected by all people in Buganda. The Europeans actually praised it and even took advantage of it to entrench themselves in the area and eventually to annex other parts to form Uganda. Land was owned and managed under their own (Buganda) laws, rules, regulations and authorities. In Buganda, the ownership and authority over land was held in trust by the institution of the Kabaka and all was well.

Today, the laws in Uganda provide for individual ownership of land, as clearly stated in Art 237(1) of the constitution of Uganda. Mailo Tenure is one of the land tenure systems, which is mainly in Buganda region which also takes into account the unique land ownership arrangements in the region. For well-intentioned people, the land system in Buganda system is working well.

Several times some leaders of this country have raised concern over the land ownership system in Buganda and I keep wondering why this is so. My reflections point to the individualistic and selfish persons who have made land grabbing part of their lives. Anyone can acquire land in Buganda and live on it comfortably. This is not common in other parts of the country.

I attempted to buy land in a certain part of this country about 10 years ago but I was openly told that since I was not a son of the soil (not belonging to that tribe), I had no privilege of owning land in that area regardless of the amount of money I was willing to offer. This is not in Buganda. I have lived in Buganda for more than two thirds of my life under no threat or disturbance on the land I acquired. It is therefore, in my view, a misconception to think that the land system in Buganda is bad and anti-developmental. If it were so, I believe the current physical and infrastructural developments would not be in existence.

Tampering with the land system in Buganda currently and with unclear reasons or intentions could be a grave mistake. Buganda has had to accept and accommodate several distortions in their life system. It has been forced to bend some of its norms, values and systems in order to accommodate other people. This should not be taken for granted. What should be known is that with or without other settlers Buganda can and will still exist. The good gesture of Buganda accepting to live with people from other parts of the world should be hailed and appreciated.

Therefore it is of paramount importance for all persons in the leadership of this country to stop antagonizing the Buganda land system. Buganda might be silent today but that does not render them weak or inactive. There is a kiganda saying “togayanga kyezinze” literally meaning don’t under estimate the power of someone who looks weak and whose background and capacities you are not conversant with. Let the land matters in Buganda be handled with caution or else the country will be plunged into chaos. There is nothing better than living in peace and comfort but there is everything bad distorting it and creating misery for people.

Buganda is a solid institution, has a culture, has systems and values, has a long history of being an organized institution and is welcoming to all. It is pointless to antagonize it. When a normal nose is over pressed or squeezed, the blood vessels burst and blood forcefully gushes out. When you press someone against the wall, naturally one fights to get free. Avoid pressing Buganda against the wall!

Anyone advocating for a change in Bugandas land system, be advised to work through and with the genuine Buganda systems and institutions. Respect and value Bugandas systems like it is done in other parts of the country. Let it not be forgotten that land conflicts can lead to turbulence.