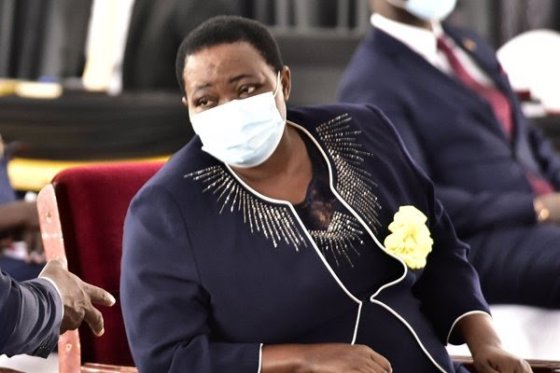 Prime Minister Robinah Nabbanja has revealed that preparations to have the Covid-19 relief cash released to the intended beneficiaries are in their final stages.

Nabbanja made the remarks during the scientific mass at Namirembe Cathedral in Kampala on Sunday.

The Premier noted that her office is aware of the difficulties being faced by the people due to lockdown but asked for patience for they are working around the clock to ensure that the relief cash is distributed as soon as possible.

She said that local leaders in their different localities were in the final stages of compiling the list of beneficiaries. Once this is finished, the ministry will begin the digital transmission of the cash to the recipients.

This, the PM said is expected to start on Wednesday this week.

She also appealed to the public to continue observing the ministry of Health Standard Operating Procedures as the only way the deadly disease will be kicked out of the country.

She also showered the country’s health workers with special praise for their commendable service to the country in managing the pandemic. She revealed that during her previous experience as State Minister for Health, she learned that only as few as 1% hospital covid-19 admissions die of the disease thanks to the efficient work by the health workers.

Early last month, President Yoweri Museveni announced a 42-day complete lockdown. Through the Office of the Prime Minister, a relief package of shs100,000 was passed to be extended to vulnerable Ugandans in cash.

Over two weeks down the road, the intended beneficiaries of the scheme are yet to receive any money, something that has caused waves of public anxiety.