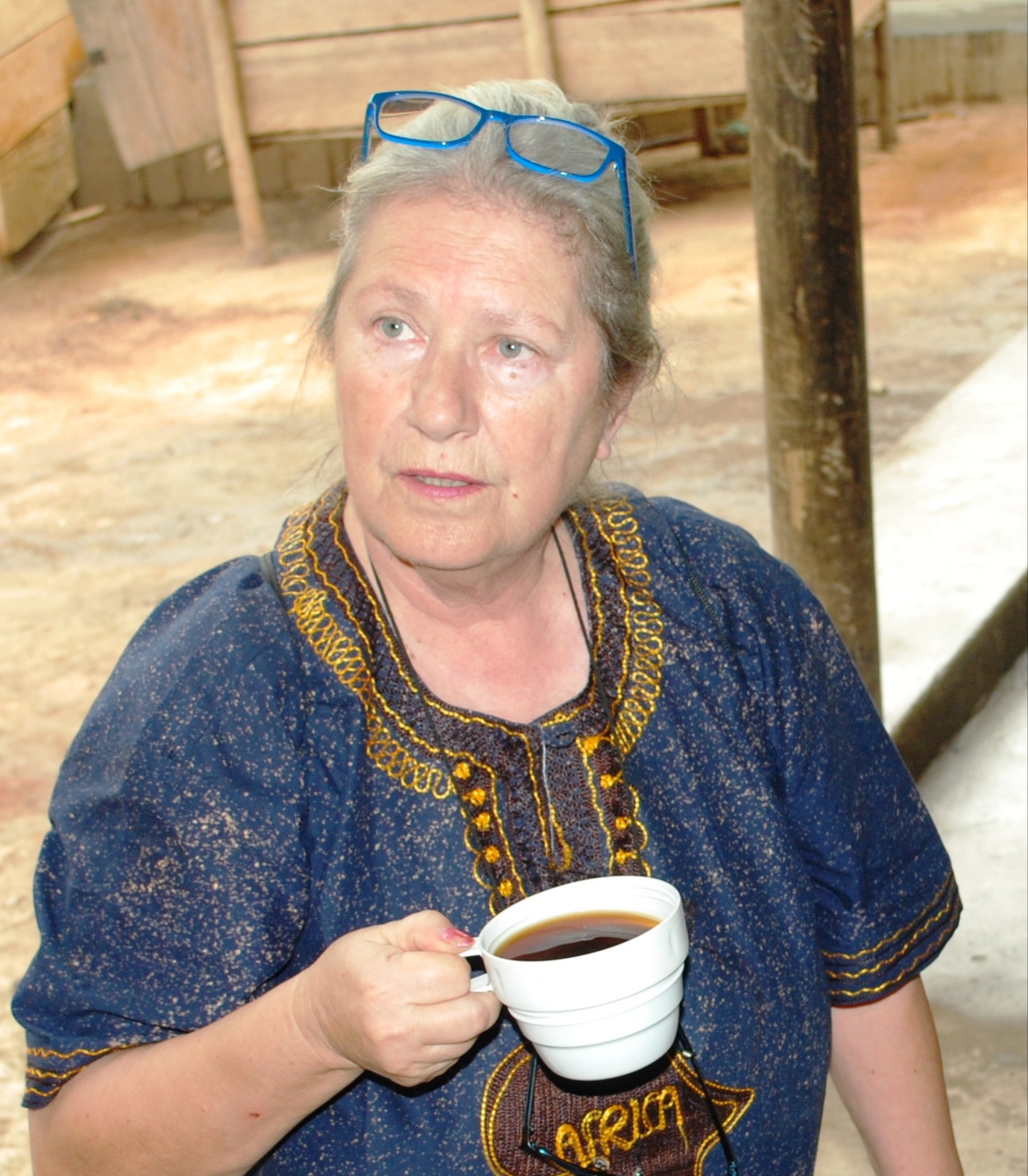 Marianna Jensen, a former Queen’s palace and Danish Television security guard is a dedicated who has made a name in taking care of the needy and underprivileged children in Uganda.

Born 73 years ago in Copenhagen-Denmark, Marianna is also the founder of Danish Friends for Animals (DFA), an organisation that ensure animals are treated well.

She is comfortably seated with the writer on a windy Saturday as noise made by children is heard in a super-custom van.

Inside the van, are loads of things such as bed sheets, bottles of drinks, blankets, clothes, shoes, sachets of sanitary pads and other scholastic materials she is taking to the teenagers home.

For the entire two-hour bumpy ride we took from Masaka City, to a dusty Mikomago village, Kyannamukaka Sub County, Marianna is busy chatting with the children and Lone Wulff whom they work closely to change the faces of the teenagers. They are conversing in Danish language as they wave to roadside kids and hawkers.

When we reached the children’s home at midday, all kids ran towards the car, after noticing that their long awaited visitor had arrived.

Although she never attained formal education in life, Marianna has laid a strong foundation for a brighter future of several Ugandan children. 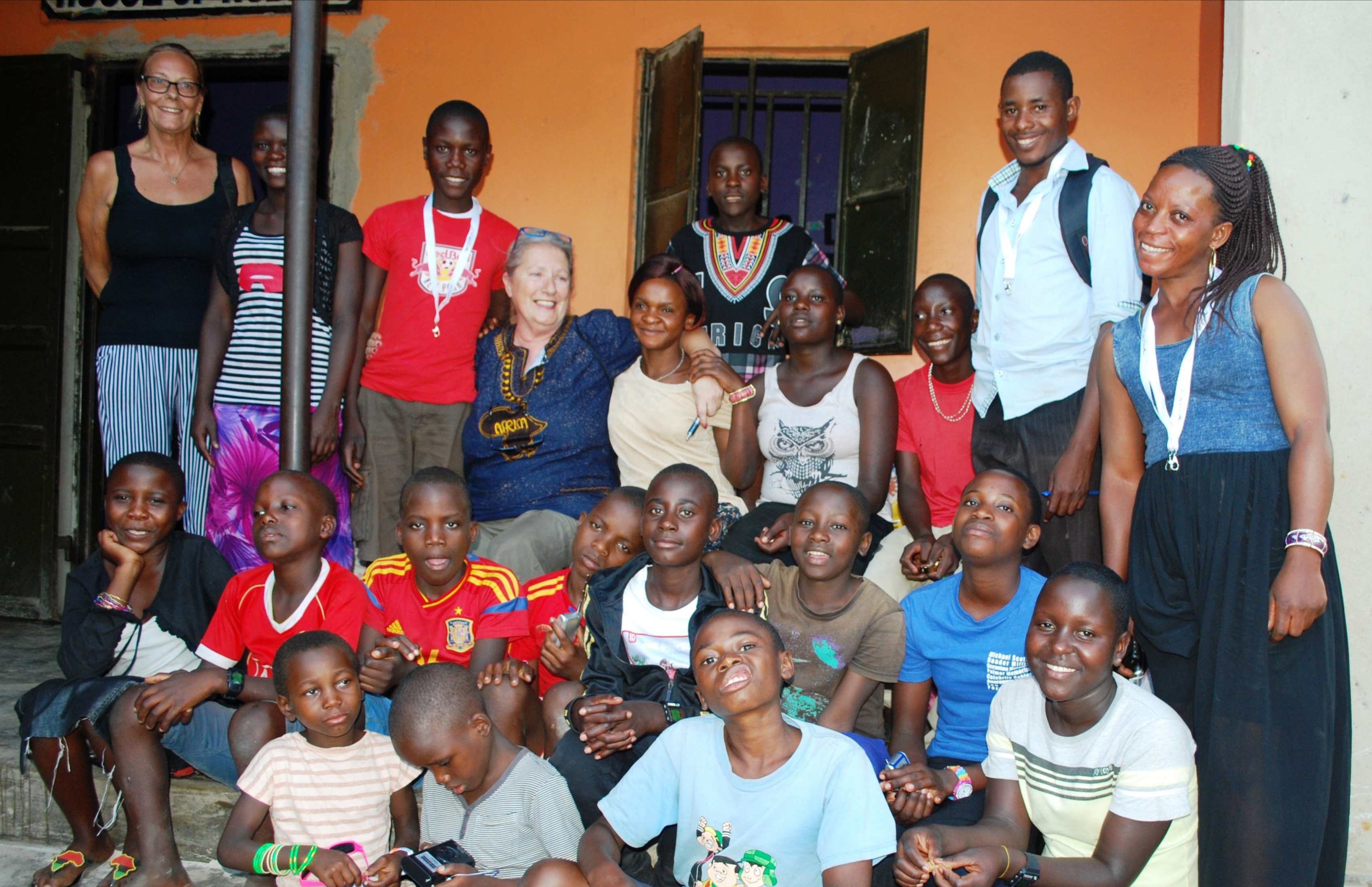 Some of them have been under her support since 2004 and have graduated while others are still in school.

Apparently, she relies more on her pension and income from her personal businesses in order to cater for all the 17 children she currently looks after.

She says that she spends an average of Ugx32, 000,000 every year. This involves school fees, transport, food, housing, shopping, upkeep and other form of welfare.

At times, she said she gets assistance in form of items like clothes, shoes, and other gifts from her Danish friends more notably; Lone Wulff, Suzan Bango, Sonya and her mother Ruth.

“If I can get other sponsors to support these children I will be happy. I am getting weak every year because of my age. I won’t be able to travel often to check on them,” said a jolly Marianna.

However, in a way of inspiring them, she says that she always tells them that the harder they will work in future, the more money they will get.

Through her friend Sharot, Marianna received the first picture of a malnourished minor Vincent Ssempijja who needed a lot of support to survive.

“In Denmark, seeing children in that state is regarded a violation of their rights. Therefore government has to come in to save them, ” Marianna explained.

The 3-year-old back then Ssempijja had lost both parents Mr. Lawrence Musisi and Mrs. Elizabeth Nambatya in 1993.

This touched Marianna’s thirst to help since it’s around the same age she also lost her father whom she says that for sentimental reason, we could not talk about him.

“Sharot told me about Ssempijja and I realized the pain he was going through. When I started helping him, I found out more deprived children,”Marianna added in a further interview with her at Hotel Zebra- Masaka, a hospitable place where she resides when she is in Uganda.

She further explained that she had to use her pension and businesses to support the children.

According to Marianna, it makes her feel good and will never stop helping them until when they attain good education and get better jobs.

By that time, their parental mud-house could not help raise them and after few weeks it was unfortunately destroyed by heavy downpour.

They were later moved to their uncle’s home Mr Julius Sserwadda, from Kibutamu-Kabira, Rakai District to start off a new life.

Afterwards, Ssempijja was taken to Katabakoki Primary School until when he finished his primary seven.

Since his uncle was a casual laborer, and a farmer who grow crops on small-scale he could not afford taking him in Secondary school but Ssempijja was helped by Mrs Nyanzi aka Mulokole, who requested Molly and Paul secondary school director, Mr Ssebata, to let him study as he, mop, slash and clean the school.

It was through Mr Ssebata that Ssempijja got a sponsor Marianna in 2004. The latter sent pictures of Ssempijja to his friend Sharot in Denmark, who later transferred them to Marianna, a lady who picked an interest to support him through paying his school fees, and getting him other basic needs.

Under Marianna’s sponsorship, there have been several success stories. Among them is David Ssempijja of Magiri-Kyesiga Sub County. Ssempijja lost his parents but made his way through. He is now an electronics engineer student. In addition, is a one Marianna’s darling ‘son’ Vincent Ssempijja, who graduated with a bachelor’s degree in Social work and Social Administration (SWASA) at Kampala University in 2016.

All of them are faster to testify that she is their shock absorber. They are thankful to her for treating them with generosity and thoughtfulness.

One of them, Christopher Lubinga says that she has done everything for them and that the ball is in their court, to reflect what they have been taught in schools, to what the modern world is looking for.

“I had never celebrated birthdays, visiting nice places, and even thinking about being at University, but mum Marianna, has done all the whole ball of wax to ensure we attain them,” said Lubinga,

Furthermore, Vincent Ssempijja narrates that in 2011, while at Bright-high secondary school, Busega-Kampala, Marianna invited him with his brother George Ssekyanzi to visit her in Denmark.

“I had never boarded a plane before neither would have gone in Denmark too. But Marianna sent us money and we worked on processing pass ports and other necessities. We then flew to honor her invitation,” reminisces Ssempijja, as tears are seen rushing from his eyes during an interview with Watchdog Uganda.

It was in 2013, when Marianna also a mother of two; Frank and Dan took Ssempijja to Kampala University, Masaka campus.

Her friend Annet from Denmark also helped pay tuition for him and Ssempijja who is also helping in coordinating all activities at children homes in Marianna’s absence says in 2011, they were happy with his brother Ssekyanzi to see the latter buying them a 60-95fts piece of land in Gayaza village-Masaka, where she even constructed a mansion for them.

“Marianna has made me feel the real parental love that was missing before. She has been very supportive to me and indeed she gives me hope that I would become an important person in this world,” Ssempijja, 27-years-old now and also an expectant father stated.

According to the Uganda Bureau of Statistics, population and housing census sub county report released in 2014, the total number of orphans in Masaka District which was established in 1900s, is 13,639 and Kyanamukaaka Sub County alone, has 1690 children who lost their parents.

In addition, a total number of 2581 children are not attending school yet 55883 children have managed to attend schools in general.

The report also revealed that a total of 19297 children have never been in school before.

According to Article34 of the Children Act in the 1995 constitution of Uganda; all children shall have the right to know and be cared for by their parents or those entitled by law to bring them up.

A child is entitled to basic education which shall be the responsibility of the State and the parents of the child.

No child shall be deprived by any person of medical treatment, education or any other social or economic benefit by reason of religious or other beliefs.

Children are entitled to be protected from social or economic exploitation and shall not be employed in or required to perform work that is likely to be hazardous or to interfere with their education or to be harmful to their health or physical, mental, spiritual, moral or social development.

For the purposes of clause (4) of this article, children shall be persons under the age of sixteen years.

A child offender who is kept in lawful custody or detention shall be kept separately from adult offenders.

The law shall accord special protection to orphans and other vulnerable children.

What Others Say about Marianna

She has been everything to me. From primary level to where I am now she has been paying my school fees, and am happy for her. I joining Blessed Sacrament Kimannya secondary this year and I know I won’t disappoint her, and I will make sure I reward her in future because she is so caring to me.

I met Marianna when I was 7-years-old in primary three at Molly and Paul Primary School with the help of Mr Paul Kigundu. I have been getting all the required basic needs from her, though I lost my father in 2011, and 2013, my mother also died. It’s Marianna, who is helping me get better education now in senior one at Jane Francis Secondary School-Kirimmya. She has turned my tears of sadness into tears of joy and I hope to become a nurse in future.

Marianna is that person who loves people of all kinds. She is always happy when she looks at us whenever she is here. Many people’s lives have changed because of her. Those who had lost hope and a chance to be educated have met so. And we are thankful for that.

I met her in 2009, but she was in a hurry we didn’t talk much. When she back in 2010, I told her that we have many children here who needs education but they have no one to help. She bought my idea, and started helping five children at the start. I have been communicating to her even when she is away, and she has been sending all the necessary things for them. We have now seventeen children at this home, and all are studying and they usually come together during the holiday.