Whatever we did was within the law! Uganda Prisons responds to Nubian Li, Eddie Mutwe’s torture allegations 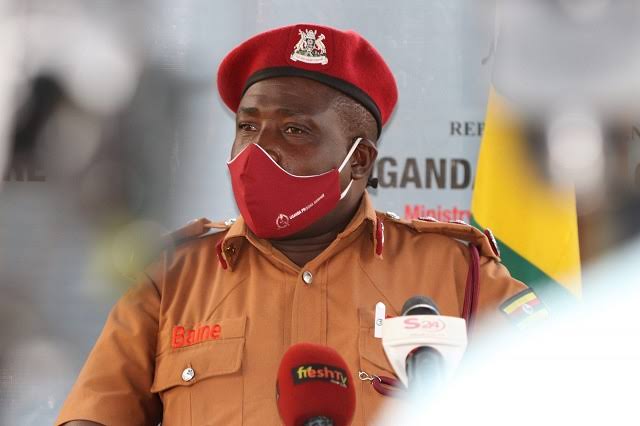 The Uganda Prison Services has said the torture allegations by the National Unity Platform (NUP) Nubian Li and Eddie Mutwe are untrue.

Last week, after their release from Kitalya prison, Eddie Mutwe and Nubian Li told the media that they were inhumanly tortured by the Prison warders because they belonged to the opposition.

On his part, Nubian Li said, “The soldiers used to step over our heads as they move forward. They asked me to undress and spread my legs.”

However, Frank Baine, the Prisons Services said that whatever was done was within the law eventhough the former prisoners saw it as torture.

“Section 62 of the prisons act states that every prison upon admission shall subsequently be searched as the officer in charge may determine and it will be conducted by a prisons officer of the same sex with the prisoner,” Baine said.

“As long as Nubian li and Eddie Mutwe were searched at the entrance of the prison by prisons officer, he was doing his duty which originates from the prisons’ act. The fifth regulation says checking an inmate is meant to identify any unauthorized items that could be smuggled into the prison. As prisons, we didn’t do anything outside the law. What was done to check Nubian Li and Eddie Mutwe is not exclusive to them. It is done worldwide.”

On shaving Nubian Li’s hair, Baine said that it’s the prison’s policy to maintain the levels of cleanness among the prisoners.

We shall wipe out the entire evil cartel! State House speaks out on impounded stolen drugs worth Shs1.5bn

We shall wipe out the entire evil cartel! State House speaks out on impounded stolen drugs worth Shs1.5bn