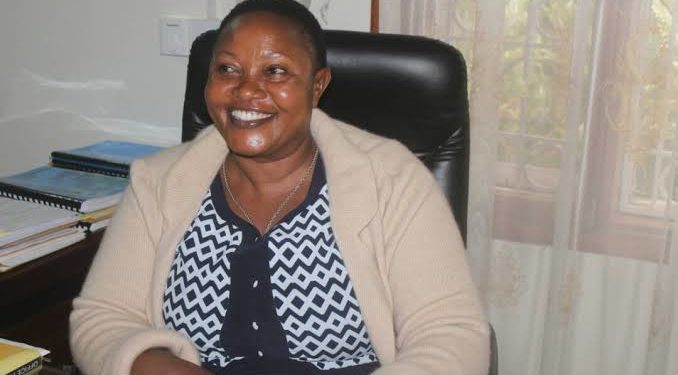 Milly Babirye Babalanda is the new Minister for the Presidency following clearance from the Parliamentary Appointments Committee on Tuesday.

The committee meeting on Monday had differed the appointment after citing  irregularities in documents presented by the appointee.

Among others, the committee members had protested the fact that the Minister designate had sat for eight instead of ten subjects at O’ level.

Difference in the names of the proposed office bearer and those forwarded by the President was also among the grounds for the members to query the appointment.

Whereas all the supporting documents presented to the committee were for Milly Babirye Babalanda, President Museveni had appointed “Mariam Doka Babalanda.”

In response however, both UNEB and State House wrote to Parliament last evening answering the questions raised regarding the matter.

UNEB explained that science subjects are not compulsory under the adult education program under which the Minister acquired the queried certificate.

In the same way, through his Principal Private Secretary Dr. Kenneth Omona, President Museveni, in his June 14 letter to Parliament clarified that the correct names of the person appointed are ” Milly Babirye Babalanda and not “Mariam Doka Babalanda.”

Upon presenting the two letters, all members on the 25 member committee unanimously okayed the appointment, paving way for Babalanda’s first tenure in the cabinet.