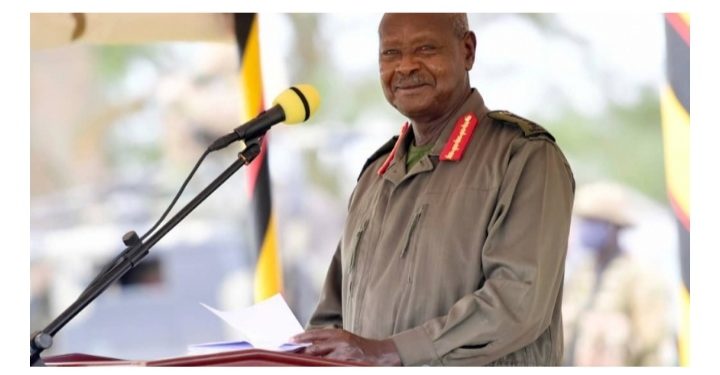 The role of Museveni’s political office [Office of the NRM National Chairman- ONC] in his 2021 reelection drive has surprisingly not received the much media attention it deserves.

It’s only until the release of the new Ministerial appointments that a debate on why Milly Babalanda- led Kyambogo office got handsomely rewarded by Museveni that the hitherto unknown is becoming a public topic.

As early as 2019, the Kyambogo NRM office under Babalanda’s stewardship had started mobilizing for Museveni’s 2021 victory by establishing a presence in all corners of the country.

Beginning from regional levels, coordinators were recruited, inducted and trained specifically to mobilise for the party presidential candidate. Selections we’re carefully made to exclude members of the mainstream party structures to avoid conflict of interests. Even those contesting for any elective position were not allowed in the new structures.

These were scrutinized by office Administrator Kirunda Faruk to ascertain the appointees were exactly ones recommendable without criminal records and able to sell the party Presidential candidate to the electorates in their areas of residency.

By early January 2020, Babalanda had already started leading the ONC team to the various regions of the country to officiate the launch of the new structures and flag them off for their new roles.

Invited for the launches were regional, district, Municipal and City Coordinators, two representatives for the informal sector and boda boda from each District, 2 members from the NRM District Women’s leagues, Youth Leagues among others.

Media coordinators were also instituted to disseminate manifesto information to the public through through the various media platforms such as radios, televisions and social media.

With the coming of the coronavirus pandemic and the resultant lockdown, these activities were halted. They would later resume in August with visits to Kampala, Greater Wakiso and Mukono.

On September 6, the team led by Babalanda and Kirunda kicked off the tour of the Eastern Region with a function at Iganga Boys Primary School for Busoga Sub region. Here, then Deputy Prime Minister Ali Kirunda Kivejinja was the Chief Guest. They would proceed to Mbale the following day, then to Kapchorwa, Moroto before winding up the Eastern expedition in Soroti, Teso Sub region.

Wherever the team visited, a big name party member, aay a Minister or CEC member was invited as chief guest and region- specific messages were packaged for the coordinators from President Museveni. These, coordinators were asked to pass onto the voters in their specific areas of operation.

In Gulu, Karamoja, Teso, Arua and Lira for instance, Babalanda’s message was largely tailored to reminding them of the commendable efforts Museveni’s government had put in to ensure the return of political stability.

Following the launches, the coordinator were placed under Kirunda- the Administrator for consultation on the way forward from time to time.

The same group would later secure Museveni’s votes on the election day while serving as electoral agents and vote protectors.

For the wonderful execution of their mandate, it’s no surprise that the hugely impressed Head of State has rewarded the establishment with two cabinet positions.