PROFILE: All eyes on Deputy Speaker Anita Among

The Bukedea Woman MP, however, has fought many battles. And of course, she will emerge the victor. 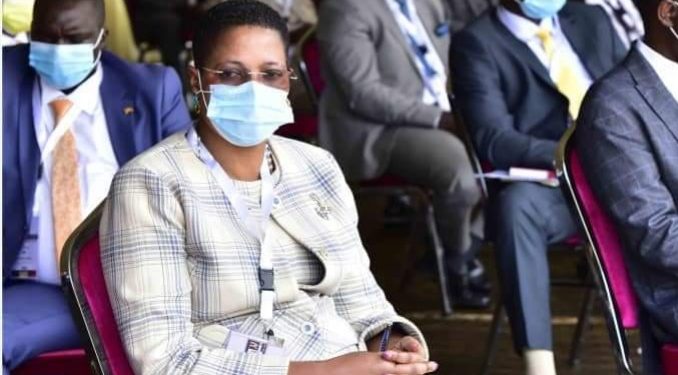 Deputy Speaker of Parliament, Anita Anette Among, is making news again – this time round – she is subject of no-face smear campaign on her reputation – with documents making rounds accusing her for among other things – corruption.

The Bukedea Woman MP, however, has fought many battles. And of course, she will emerge the victor.

Ever since she joined the 10th parliament in 2016 as an independent but Forum for Democratic Change (FDC) leaning, the legislator has been acting as a power broker between the ruling party and the majority of the opposition MPs.

In 2020, she officially joined NRM after falling out with her party FDC and won the party primaries. In the 2021 general elections, Among was one of the few legislators who was elected unopposed to join the 11th parliament though her victory was contentious because the electoral commission blocked some of her competitors from nomination.

The powerful woman from the East is Museveni’s blue-eyed girl and a trusted handler for a number of sensitive political jobs.

An accountant by training, Among worked in Centenary bank for 10 years before she resigned in 2007 to contest for the Bukedea seat. After she lost the election, she got a teaching job at Makerere University Business School (Mubs) and later Kampala International University (KIU).

In July 2018, Museveni made a statement when he included Anita in the high-profile delegation brockering peace for South Sudan, where she took part in meetings of Presidents of South Sudan, Sudan Khartoum, and Ugandan super ministers and top military generals.

“She is a go-getter. When she sets her sight on something, she will do anything to achieve it,” said one opposition legislator, who preferred to speak anonymously in order not to antagonize his relationship with her.

The legislator described Among as a “political merchant” who has perfected the skill of dealing with the opposition and the NRM at the same time.

In 2019, due to his good working relationship with her, President Museveni described Anita as a good independent MP thus asking other legislators to emulate her.

“Honorable Anita Among came as an independent and has turned out to be a good independent. She has developed her area. I have been to schools that she has built using her personal money. I have also supported her. She is a bit like me when I went to the bush because I did not know where the guns would come from but I started,” Museveni said during a public rally in Bukedea district in April 2019.

She was the Vice-Chairperson of, Public Accounts Committee (Commissions, Statutory Authorities and State Enterprises) during the investigation of the Bank of Uganda (from 2016 to February 2019).

In the 10th Parliament she featured on two committees; Committee on Rules, Privileges, and discipline and the committee on Finance, Planning and Economic Development.

With Kamuli Woman MP Rebecca Kadaga out of the light after losing the Speakership bid, Among is likely to become the next powerful woman politician in Uganda.

Who is Anita Among?

From 1986-1990 she was at Mbale High school where she attained her Uganda Certificate of Education.

She finished her Uganda Advanced Certificate of Education at Masaka A level Academy (1991-1992).

In 1998 she began working at Centenary Bank and in 2005, she graduated with a Bachelor of Business Administration from Makerere University.

In 2006, she attained a post-graduate Diploma in Banking from Uganda Martyrs University, two years later was awarded a Master’s degree in Business Administration degree from Makerere University.

In 2018 she attained Bachelor of Laws degree Kampala International University, with a degree. In the same year, she also got another job in Makerere University Business School .

From 1998 until 2006, Among worked at Centenary Bank, one of the large commercial banks in the country. At the time she left in 2006, she had risen to the rank of branch manager. For the ten years prior to her election to parliament, she served as a lecturer in accounting, at Kampala International University.

For two parliamentary election cycles in 2007, when Bukedea District was created, and 2011, Among lost the District Woman Representative seat to Rose Akol of the National Resistance Movement political party.

Among, a long-time member of the opposition Forum for Democratic Change political party, run in 2016 as an independent candidate. She won and is the incumbent MP.

In 2012, she defeated Salaamu Musumba, and a host of other senior party officials during primaries for the East African Legislative Assembly (EALA) however her victory was embedded in controversy after allegations came out that she had bribed delegates.

In 2016, Among left  FDC baffled when she refused their ticket and chose to stand as an independent candidate, fortunately, she defeated Akol who had defeated her two consecutive times.