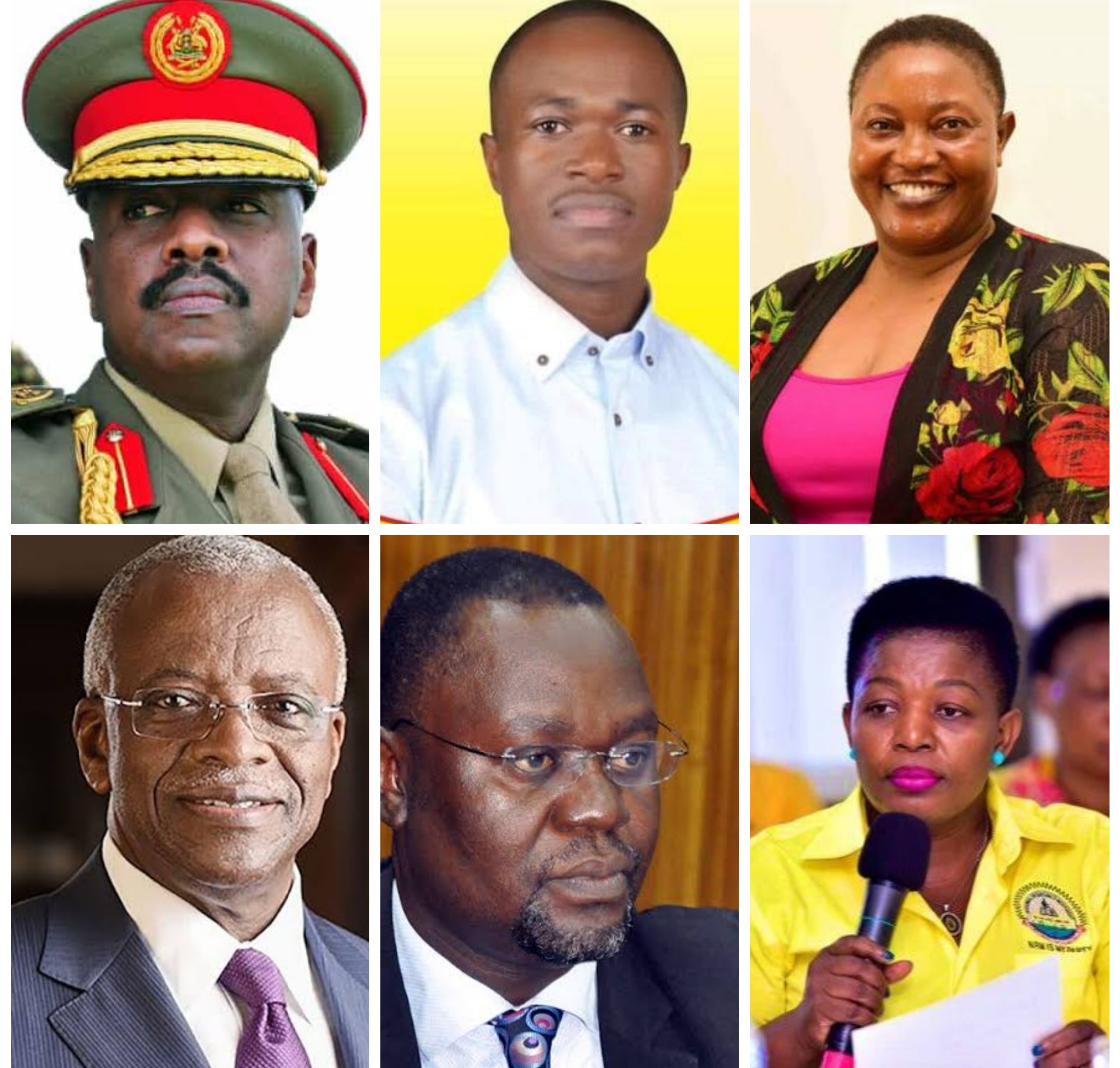 With just a little over a week to President Yoweri Museveni’s inauguration ceremony (May 12th), the debate on who will form part of his next government has been a hot item in the public. Hopeful Members of Parliament and other politicians are sitting restlessly in anxiety over which side their dice throws them.

As expected, a number of new faces have been tipped to eat big when the list finally becomes public later this month and below are some to look out for:

He is Museveni’s son and tipped by many as heir apparent. He currently serves as the Commander of the Uganda People’s Defense Forces [UPDF] elite force – the Special Forces Command [SFC] , and also an Advisor to the President on Special Operations. Muhoozi, whom many predict as being prepared for a big role in the country after his father, is tipped to play a strategic role in the next government, which is largely believed to be his father’s last.

A role in at the Defence docket is highly unlikely though it’s the area he is most qualified at. This is largely because it appears he is better getting more acquainted with civilian administration as another component of keeping power in case he gets it.

Having been part of the ruling government since 1986, Mbabazi was dropped from cabinet for the first time in 2014 after falling out with Museveni. He went on to challenge for the presidency in the 2016 general election but lost miserably. He has however made peace with his old ally and a recall into the status quo has been widely mooted.

Mbabazi has highly been tipped to regain his former position as Prime Minister or else replace Vice President Edward Kiwanuka Ssekandi who clearly seems destined for an exit.

“The lioness of the East” as she is commonly called, Lumumba has miraculously kept Kyadondo intact amid infighting challenges since taking over from Mbabazi in 2015. Amid fierce opposition from internal teams led by NRM Electoral Commission Chief Dr Tanga Odoi, she has strategically kept at the top of her game for nearly seven years now.

Having delivered victory to Museveni and the party on two separate occasions and led NRM to have it’s official headquarters after over 3 decades, it seems like it’s time for a new challenge. She is also a candidate for the Vice President or Prime Minister.

The Bukooli Central Law Maker has over time established himself as one of the most refined mobilizers NRM has within it’s ranks. In 2017, he hosted President Museveni in his Constituency and he ( Museveni) hailed him for his work in keeping NRM vibrant in Bugiri.

Popularly known for having uprooted former Leader of Opposition Philip Wafula Ogutu in 2016, Silwany trounced the FDC strongman for the second time once again this year. Having previously served as Deputy Chief Whip and currently as a Parliamentary Commissioner, the youthful Legislator is truly ripe for a bigger challenge and it looks like it will come soon.

The firebrand NRM cadre is an MP elect for Kasanda in Mubende. He made a name within the ranks of the ruling party with his sensitive debates on various TV channels. No wonder voting him MP was no hard decision for the Kasanda voters.

A proud mentee to outgoing foreign Affairs Minister Sam Kabamba Kutesa, Kabanda has been viewed by many as a representative of a new brand of future leaders in NRM. With the pressure on Museveni to inculcate youth energy into his largely overaged government, Kabanda could certainly be hard to overlook.

Under her stewardship, Museveni’s political office – The Office of the NRM National Chairman at Kyambogo has undergone a series of transformative changes. With leadership and presence in each and every district of the country, mobilizing for the president in the just concluded elections was simplified.

An undeniably one of the most loyal servants to the president, Babalanda is an experienced right hand girl to her master whom she serves as Senior Presidential Assistant on political Affairs. Her honesty, trustworthiness, transparency and hard work are traits that makes her a fit for a part in the next cabinet.

He has been a Member of Parliament since 2001 when he deposed veteran politician Ali Muwaabe Kirunda Kivejinja. Formerly a member of the opposition Forum for Democratic Change-FDC, Katuntu has since fallen out with Najjanankumbi to instead win reelection in Bugweri on an independent ticket. He has since been tipped to eat big in the next government after reportedly making peace with Museveni, the man he has spent most of his life opposing.

He could possibly become Attorney General or lead to the Justice and Constitutional Affairs docket.

The NRM party Vice Chairperson for Eastern Uganda will deserve a reward for his commendable job in mobilizing for the party. He is commended to crashing Kyagulanyi’s formations in the East and Northern Uganda where many of the candidates on the NUP ticket got convinced to withdraw from their respective races. This gave the ruling party an edge.

In his native Teso, Museveni was for the very first time able to win against a combined challenge of Bobi Wine and area born Patrick Amuriat thanks to Mukula’s hard work and commendable strategic planning.

Having been outside of the cabinet since his woes over GAVI fund, the new reformed man from Teso must look appeasing enough for Museveni to recall him to the dining table.

10 Bad Things Women Do to Destroy Their Marriage