by Watchdog Uganda
in News
2 0 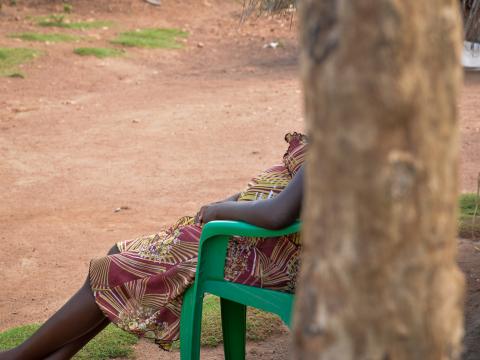 The number of teenage girl pregnancies has reduced in the past six months according to local governments and Civil Society Organizations in northern Uganda.

The reports from the districts of Gulu, Lira, Amuru, Dokolo, Oyam, Lamwo, and Nwoya, show a reduction in teenage pregnancies from an average of 30 % to 20% or less in some districts.

Reproductive Health Uganda (RHU), in 2020 reported that at least 33 teenage girls in Acholi sub-region were made pregnant every day since the lockdown when they stopped going to school.

But Agnes Apio, RHU, Northern Uganda Advocacy Officer says the prevalence of teenage pregnancies has gone down from an average of 40.2% in 2018/ 2019 to 19.6% in the districts of northern Uganda.

“The situation has eased following teenage girls’ engagement and the involvement of religious, cultural and political leaders in the region to advocate for positive change”. Apio says.

In 2020 more than 4,000 girls in the Acholi sub-region alone become pregnant between April and September months of the lockdown an average of 500 girls conceiving every month and 17 per day.

In the Gulu district the number was higher, with 1000 girls impregnated per month and more than 30 per day.

Betty Elonge’s (not her real name) story from Wii Aworanga village in Patuda sub-county is relatable to her peers, she narrates that during the lockdown at 13 years, she was getting endless advances from men. This made her feel like the only beauty in Wii Aworanga the village, hence giving in to sexual advances from a 32-year-old man who disappeared after impregnating her. Elonge has since then undergone rehabilitation from a team of religious, cultural and community, and health experts from Reproductive Health Uganda under the ‘Advanced Family Planning’ initiative (AFP).

Information gathered by RHU from six (6) districts indicate that 5062 young girls became pregnant since the lockdown started late April up to September 2020.

In 2021, a follow-up random survey shows a decline in the number of pregnant girls by more than half in the districts mentioned. The affected girls are currently enrolled on the Advance Family Planning SMART program, where they learn how to make informed decisions about sex and pregnancy in the future. Some have enrolled back in school while others have started businesses to support their children.

Rebecca Apili, from Oyam the district has two children and was impregnated and gave birth at the age of 15 years.

Agnes Apio, RHU Advocacy Coordinator says she has since then enrolled to use long-term family planning methods, but also acquired basic business skills to run a small sole business for upkeep in her village.

Grace Atim, Lira District Health Educator says in most cases the teenage pregnancies occurred due to poverty and COVID 19 fears and anxiety, while some girls sought to become pregnant for survival and safety in the community they live.

But, George Ongom, the Lango Cultural Foundation (LCF) Minister for Youths and Elderly says the awareness and sensitization of the community and teenage girls, in particular, has reduced the vulnerability of people exposing the girl child to a higher risk of sexual abuses and forced marriages.

“We have seen the teenage pregnancies reduce in the last four months and that’s why we need to engage more tradition leaders at clan level who even sometimes officiate such teenage girl marriages to stop so that they prioritize girl child education instead” Ongom revealed.

Samuel Odwe, a district councilor in Dokolo calls on the parents to provide guidance to children and to protect them.

“Child marriages in Dokolo district deny a girl the opportunity to complete school, realize her full potential and become self-sustaining” Odwe says. We shall all stand against it if we want to build a culture where men and women are treated equally” he added.

Uganda has the highest rate of teenage pregnancy in Sub-Saharan Africa with over 25% pregnancies among teenagers registered every year. The 2014 Uganda population census faults this on the immense sexual reproductive health rights problems.

LEO CHEN: Bridging the digital gap: why we should never give up on universal broadband connectivity