Presidential swearing in! A mockery to democracy and good governance in Uganda. What lessons are the young people taking home?

The lack of clarity on how the results were flowing in from the tally centres, given that there was an internet shutdown cast a lot of doubt on the authenticity of the outcomes transmitted and released. 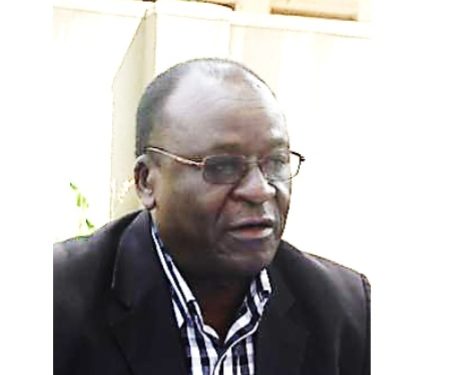 Former presidential candidate Yoweri Museveni will be searing in soon following “successfully winning the 2021 elections” to begin the journey to the 40th year as president of one of the poorest countries in the world.  The win has been widely contested informally by many people with a belief that he did not win but there are equally a number of voices including those of religious leaders that have congratulated him over wining of the 2021 elections.  Some sycophants have continued to drum the unpopular message that the elections went on well and that their candidate genuinely won.  Logically, a win is where there is a leveled completion, well balanced in all aspects and a clear outcome. Was this the case in the 2021 presidential elections?

It is common knowledge and not anything new to many of us that devastating election malpractices occurred during the election process to the extent that even at polling stations, results were tampered with in favour of some candidates. There are several untold stories of how people were not given an opportunity to make a choice of the presidential candidate as per the ballot paper but were compelled to cast their votes using ballot papers pre-ticked. Other stories are that the military took over polling stations ticked ballots and inserted them in the ballot box and when the voters turned up to vote, they were told voting had ended. More stories say that there was heavy military deployment in some strong holds of opposition leaders, which scared off the voters. It is also claimed that the deployed military personnel participated in the election malpractice. It is also further claimed that the presidential results released by the Chairperson of the electoral commission may not have reflected the people’s will and desire. The lack of clarity on how the results were flowing in from the tally centres, given that there was an internet shutdown cast a lot of doubt on the authenticity of the outcomes transmitted and released. In some election areas, it is said that parliamentary and local council election results were tampered with turning losers into winners and out rightly being announced as winners. Unfortunately all these are not well documented and it may not be possible to prove any of the above but there is a common saying that “there is no smoke without fire”. It would certainly have made a lot of sense if an election audit had been made as a way of clarifying the allegations and to offer credibility to the election process and the incoming leadership before the swearing in. It sounds and looks okay to sugar coat wrongs and portray that all was and is still well. In the public eye it may seem so, but certainly the inner person of the perpetrators of the wrongs are in and will keep in pain knowingly or unknowingly for glorifying the injuries and believe it or not they will keep haunted. Pretense is okay but the truth will remain forever so.

What is at stake at the moment is the culture being planted in the people of this country and Africa.  Is doing wrong being commissioned and glorified? Leaders have been heard justifying what went wrong, what lessons are the young people learning? Is it okay to tell lies when the truth is glaring? Are statements speaking to enhancing good governance real and worth believing in?

Leaders from several nations have confirmed attending the swearing in ceremony, a sign of good friendship. Would it be right to say that they birds of the same feathers? Democracy in Africa will continue to a witticism, a gamble, a distress and disgrace if the leaders continue to celebrate the uncouth actions and behaviors of colleagues. It is disheartening and dehumanizing for leaders to seem to be nodding for what happened in the 2021 elections in Uganda. Leaders should reach out to one another to cultivate a better Africa and not promote a horrible Africa.

Some former presidential candidates, who have shunned the invitations to attend the swearing in ceremony, seem to be making a point.  Gen. Muntu, known to be the most principled politician in Uganda, was quoted  by the media saying that he would not attend  the swearing of former candidate Museveni as president of Uganda because that would be a betrayal to the Ugandan electorate, with a justification that the elections were highly manipulated. If Ugandans hold his view, then the credibility and integrity of some of the key incoming leaders is questionable.  The worst thing that should ever happen to a human being of a sound mind is to be governed by someone whose integrity is at stake. Speaking to Ugandans in the recent times, they are not only apprehensive but seem to have resigned, leaving everything to God.

Senior citizen and an advocate for human rights and good governance

8 reasons Rural Electrification program is going to end in ‘tears’